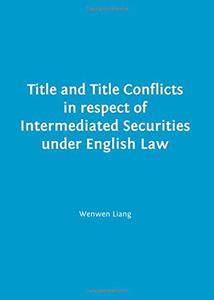 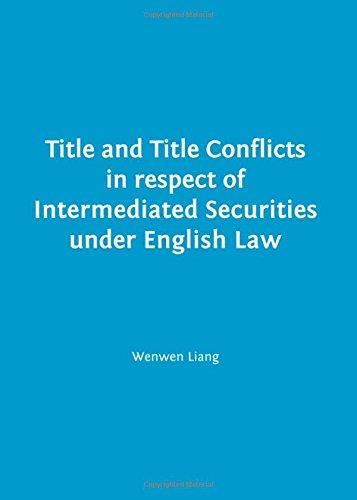 This book examines property issues in respect of intermediated securities under English law, namely title and title conflicts between a true owner and a purchaser. Intangible book entry securities held with an intermediary, often commingled with the holdings of other clients of the intermediary, often give rise to uncertainty in property rights in the securities of an investor under most legal systems, for example, whether property rights can be established and how title conflicts are dealt with. This book identifies the flexible framework of English property law for establishing property rights over commingled intangibles, in particular through trusts; establishes the policy of priority rules as of comparing the merits of rights and preferring a vested right of a true owner over a subsequent purchaser, particularly a vested right under fiduciary relations. The book works towards the conclusion that, given the general principle of English property law for vested rights, title conflicts may be tilted towards purchasers in a mild rather than a radical way, by introducing a good faith purchaser rule to intermediated securities or leaving it to judicial discretion where an estoppel might work in favour of a purchaser. This book is suitable for lawyers, officials and academics in the field of intermediated securities, as well as trust, property and financial regulation.