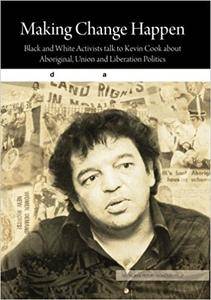 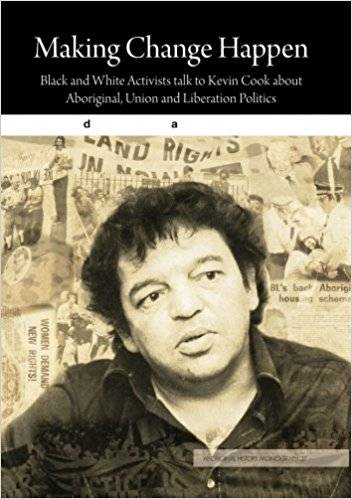 Making Change Happen: Black and White Activists talk to Kevin Cook about Aboriginal, Union and Liberation Politics (Aboriginal History Monographs) (Volume 27) by Kevin Cook
English | Sep. 11, 2013 | ISBN: 1921666722 | 448 Pages | PDF | 9 MB
This book is a unique window into a dynamic time in the politics and history of Australia. The two decades from 1970 to the Bicentennial in 1988 saw the emergence of a new landscape in Australian Indigenous politics. There were struggles, triumphs and defeats around land rights, community control of organisations, national coalitions and the international movement for Indigenous rights. The changes of these years generated new roles for Aboriginal people. Leaders had to grapple with demands to be administrators and managers as well as spokespeople and lobbyists. The challenges were personal as well as organisational, with a central one being how to retain personal integrity in the highly politicised atmosphere of the ‘Aboriginal Industry’. Kevin Cook was in the middle of many of these changes – as a unionist, educator, land rights campaigner, cultural activist and advocate for liberation movements in Southern Africa, the Pacific and around the world. But ‘Cookie’ has not wanted to tell the story of his own life in these pages. Instead, with Heather Goodall, a long time friend, he has gathered together many of the activists with whom he worked to tell their stories of this important time. Readers are invited into the frank and vivid conversations Cookie had with forty-five black and white activists about what they wanted to achieve, the plans they made, and the risks they took to make change happen. “You never doubted Kevin Cook. His very presence made you confident because the guiding hand is always there. Equal attention is given to all. I am one of many who worked with Cookie and Judy through the Tranby days and in particular the 1988 Bicentennial March for Freedom, Justice and Hope. What days they were. I’m glad this story is being told.” Linda Burney, MLA New South Wales “Kevin Cook was a giant in the post-war struggle for Aboriginal rights. His ability to connect the dots and make things happen was important in both the political and cultural resurgence of the 1970s onwards.” Meredith Burgmann, former MLC, New South Wales “Kevin has had a transformative effect on the direction of my life and the lives of so many other people. This book is an important contribution to understanding not only Kevin’s life but also the broader struggles for social and economic justice, for community empowerment and of the cooperative progressive movement. It will greatly assist the ongoing campaign for full and sustainable reconciliation.” Paddy Crumlin, National Secretary, Maritime Union of Australia “Cookie has made great contributions in enhancing the struggles of our people. He is a motivator, an astute strategist, and an excellent communicator with wonderful people skills. It’s a pleasure to be able to call him a mate and a brother.” John Ah Kit, former MLA, Northern Territory