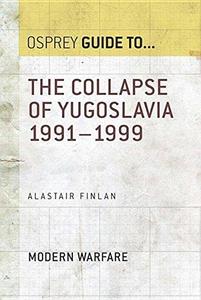 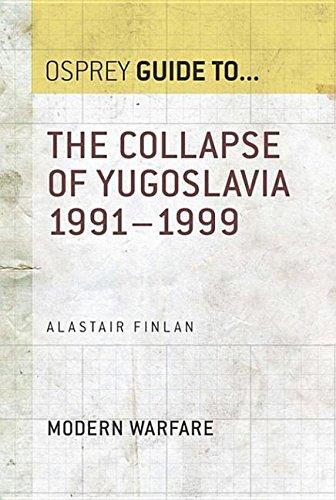 In 1991, an ethnically diverse region that had enjoyed decades of peaceful coexistence descended into bitter hatred and chaos, almost overnight. Communities fractured along lines of ethnic and religious affiliation and the ensuing fighting was deeply personal, resulting in brutality, rape and torture, and ultimately the deaths of thousands of people. This book examines the internal upheavals of the former Yugoslavia and their international implications, including the failure of the Vance-Owen plan; the first use of NATO in a combat role and in peace enforcement; and the war in Kosovo, unsanctioned by the UN but prosecuted by NATO forces to prevent the ethnic cleansing of the region. Reviews from Amazon: Written by an author who at best defaults to a militant worldview, ultimately justifying a slippery slope of unending political interventionism and a "police the world" foreign policy. Not unlike the persons who influenced america invading Iraq and practicing regime change, ultimately destabilizing the region. Not a fan of said policy. The presentation was skimpy with large format pictures taking up vast areas throughout as if a student was trying to stretch a report to 92-pages. Not really comfortable with an important British officer being referred to repeatedly by his first name. After all, Bob is not Napoleon or Cher. Lastly, it all seemed rather Brit-o-centric rather like the writer was summarizing dispatches from News of the World while embedded at The Frog and Whistle. If you want just the most basic account of the Balkan Wars of the 1990s, this might fit the bill although it tends to be very anglo-centric and militaristic. By basic, I mean it is a short afternoon read (including a break for tea). The complexities of the war are glossed over and replaced with descriptions of British military commanders and political leaders who, while important and somewhat interesting, are not the key players. If this book were in the $5 price range, I might consider adding another star for better value, but at it's "sale price" of $15, it is far overpriced. Responding to another reader here, the maps are okay but very basic; better ones are readily available on-line. But they are the best part of this particular book. Bottom line: if you want to understand this war better--look for other accounts: Misha Glenny or Laura Silber both wrote much more comprehensive and readible accounts that are available at the same price or cheaper--I highly recommend those as alternatives. I am a complete beginner/dummy to the history of the Yugoslav wars (I was a child in the 1990s), and only stumbled on this book following the flurry of articles in the press commemorating the 20th anniversary of the beginning of the Bosnian war. While reading the first 25 pages of this little book, I kept asking, "Who are the Serbs and the Croats and the Muslims? What are their goals? How are they different from each other? Do they speak different languages? etc." These questions were left unanswered by the book. Or perhaps it was assumed that the reader would already be familiar with the answers---but if so, why would the reader bother reading this introductory text? Example: The author bogs the reader down with details about the exact models and engines used by the Yugoslav Air Force. Yet he fails to fully convey to a complete beginner/dummy like myself, how the JNA (being previously the army for the federation of Yugoslavia) could become completely pro-Serbian. In a small little book like this, I'd have expected to very quickly get a big picture (if perhaps a simplistic one) of the what and the why of the conflicts, but after finishing the book I would still not have gotten it, had I not repeatedly gone to supplementary sources of information like Wikipedia (and the rest of the Internet).