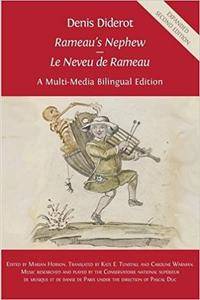 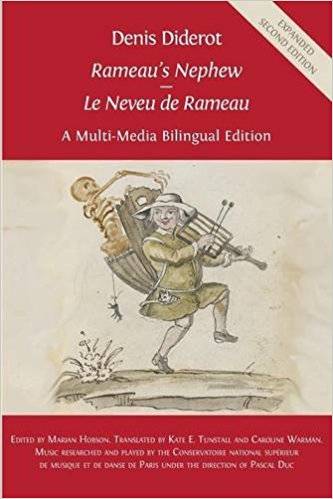 Denis Diderot 'Rameau's Nephew' - 'Le Neveu de Rameau': A Multi-Media Bilingual Edition by Marian Hobson
English | June 20, 2016 | ISBN: 1909254908 | 264 Pages | PDF | 56 MB
In a famous Parisian chess café, a down-and-out, HIM, accosts a former acquaintance, ME, who has made good, more or less. They talk about chess, about genius, about good and evil, about music, they gossip about the society in which they move, one of extreme inequality, of corruption, of envy, and about the circle of hangers-on in which the down-and-out abides. The down-and-out from time to time is possessed with movements almost like spasms, in which he imitates, he gestures, he rants. And towards half past five, when the warning bell of the Opera sounds, they part, going their separate ways. Probably completed in 1772-73, Denis Diderot's Rameau's Nephew fascinated Goethe, Hegel, Engels and Freud in turn, achieving a literary-philosophical status that no other work by Diderot shares. This interactive, multi-media edition offers a brand new translation of Diderot's famous dialogue, and it also gives the reader much more. Portraits and biographies of the numerous individuals mentioned in the text, from minor actresses to senior government officials, enable the reader to see the people Diderot describes, and provide a window onto the complex social and political context that forms the backdrop to the dialogue. Links to musical pieces specially selected by Pascal Duc and performed by students of the Conservatoire national supérieur de musique et de danse de Paris, illuminate the wider musical context of the work, enlarging it far beyond its now widely understood relation to opéra comique.