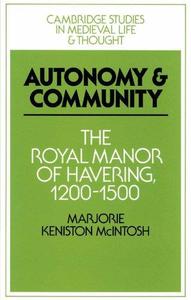 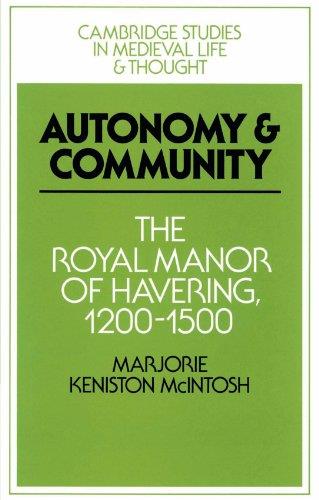 This history of the English royal manor of Havering, Essex, illustrates life at one extreme of the spectrum of personal and collective freedom during the later Middle Ages, revealing the kinds of patterns which could emerge when medieval people were placed in a setting of unusual independence. As residents of a manor held by the crown, they profited from royal administrative neglect. As tenants of the ancient royal demesne, they had special legal rights and economic privileges. Havering's dominant families controlled the legal and administrative life of their community through the powerful manor court. The tenants combined effectively to prevent outside interference in their affairs, despite the individualistic self-interest manifest in their economic dealings. In 1465 the tenants obtained a royal charter which established Havering as a formal Liberty, with its own justices of the peace. By the end of the fifteenth century Havering displayed many characteristics commonly associated with the Elizabethan and Jacobean periods.