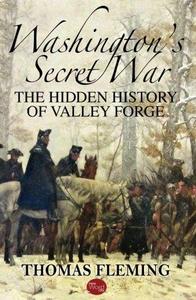 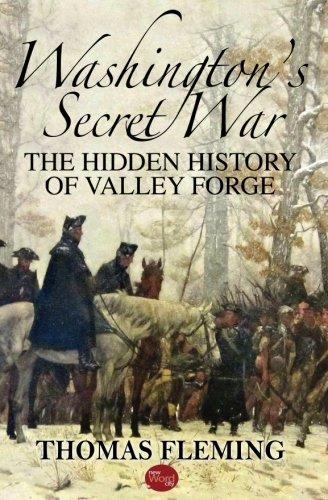 "A superb retelling of the story of Valley Forge and its aftermath, demonstrating that reality is far more compelling than myth." - Gordon S. Wood The defining moments of the American Revolution did not occur on the battlefield or at the diplomatic table, writes New York Times bestselling author Thomas Fleming, but at Valley Forge. Fleming transports us to December 1777. While the British army lives in luxury in conquered Philadelphia, Washington's troops huddle in the barracks of Valley Forge, fending off starvation and disease even as threats of mutiny swirl through the regiments. Though his army stands on the edge of collapse, George Washington must wage a secondary war, this one against the slander of his reputation as a general and patriot. Washington strategizes not only against the British army but against General Horatio Gates, the victor in the Battle of Saratoga, who has attracted a coterie of ambitious generals devising ways to humiliate and embarrass Washington into resignation. Using diaries and letters, Fleming creates an unforgettable portrait of an embattled Washington. Far from the long-suffering stoic of historical myth, Washington responds to attacks from Gates and his allies with the skill of a master politician. He parries the thrusts of his covert enemies, and, as necessary, strikes back with ferocity and guile. While many histories portray Washington as a man who has transcended politics, Fleming's Washington is exceedingly complex, a man whose political maneuvering allowed him to retain his command even as he simultaneously struggled to prevent the Continental Army from dissolving into mutiny at Valley Forge. Written with his customary flair and eye for human detail and drama, Thomas Fleming's gripping narrative develops with the authority of a major historian and the skills of a master storyteller. Washington's Secret War is not only a revisionist view of the American ordeal at Valley Forge - it calls for a new assessment of the man too often simplified into an American legend. This is narrative history at its best and most vital.