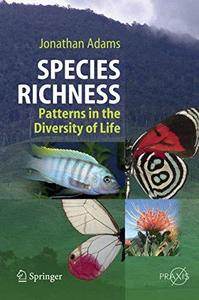 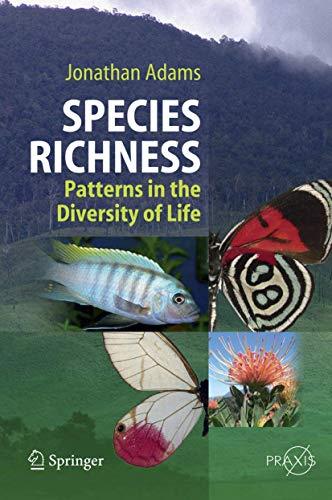 This is a readable, informative and up-to-date account of the patterns and controls on biodiversity. The author describes major trends in species richness, along with uncertainties in current knowledge. The various possible explanations for past and present species patterns are discussed and explained in an even-handed and accessible way. The implications of global climate change and habitat loss are considered, along with current strategies for preserving what we have. This book examines the state of current understanding of species richness patterns and their explanations. As well as the present day world, it deals with diversification and extinction, in the conservation of species richness, and the difficulties of assessing how many species remain to be discovered. The scientifically compelling subject of vegetation-climate interaction is considered in depth. Written in an accessible style, the author offers an up-to-date, rigorous and yet eminently comprehensible overview of the ecology and biogeography of species richness. He departs from the often heavy approach of earlier texts, without sacrificing rigor and depth of information and analysis. Prefacing with the aims of the book, Chapter 1 opens with an explanation of latitudinal gradients, including a description of major features of the striking gradients in species richness, exceptions to the rule, explanations, major theories and field and experimental tests. The following chapter plumbs the depth of time, including the nature of the fossil record, broad timescale diversity patterns, ecosystem changes during mass extinctions and glaciations and their influence on species richness. Chapters 3 and 4 consider hotspots and local scale patterns in species richness while Chapter 5 looks at the limitations and uncertainties on current estimates of richness, the last frontiers of species diversity and the process of identifying new life forms. The last three chapters cover humans and extinctions in history and prehistory, current habitat and global change, including the greenhouse effect, and the race to preserve what we still have, including parks, gene banks and laws.