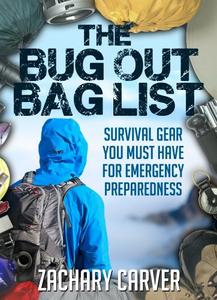 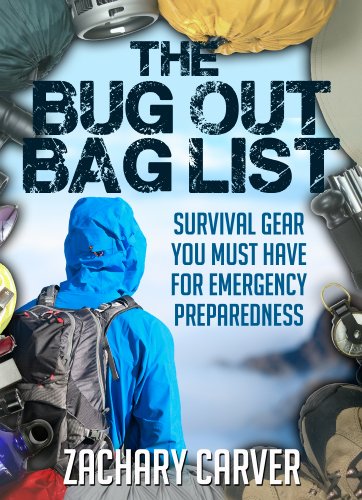 Zachary Carver, "Bug Out Bag List - Survival Gear You Must Have For Emergency Preparedness"
English | 2013 | ASIN: B00DIFL02Q | 160 pages | EPUB | 1.9 MB
Ignoring the Facts Doesn't Change the Facts…
Did you know that it's stated 7 million American's starved to death during the Great Depression? (Those also included millionaires who found themselves instantly broke.)

Did you know that the Congressional EMP Commission estimates that, given the nation’s current unpreparedness, within one year of an EMP attack, two-thirds of the U.S. population — 200
million Americans — would probably perish from starvation, disease and societal collapse.

Don't let you and your family be a causality of disaster, immediately get your copy of "The Bug Out Bag List - Survival Gear You Must Have For Emergency Preparedness" because you will
discover:

Disaster Preparedness Is More Important Today Than At Any Other Time In Human History.
Believe it or not this country is accelerating out of control into an unprecedented collapse of everything… and I do mean everything.

We are all living in an intense environment of instability due to the forces of rapid economic, political, financial, spiritual, ecological, environmental and social changes.

While there are threats of imminent large scale disasters and war… daily emergencies can happen to anybody, anywhere and at any time. You have to be ready.

However, most people don't think about surviving disasters until it's TOO LATE!

No one had "Survive Hurricane Katrina" marked on their calendars.
There's no months’ notice before a city-crushing earthquake.
No one plans to have their home swallowed in a blazing fire that is eating up homes measured in thousands of acres.
And even when early notice is possible, most people take it lightly. You don't have to look further than Super Storm Sandy to see that.

Sadly, thousands lose their lives every year all because they were not prepared.

So let me ask you… Are you ready for an emergency? I’m not talking about a nose bleed or dislocated shoulder. I’m talking the kind of emergency that creates an exodus of thousands of people (including you and your family) fleeing
the comfort of your home.

Or what about a large scale grid down …no water …no electricity …no internet …no grocery store …no cell phone type of emergency? (It's coming… even if you decide to ignore it go back to sleep.)

I would suspect that the reason you are even reading this is because you’d like to have the strategy, structures and skills to handle an uncertain future while navigating through unpredictable situations.

What you will learn in just the first section of "The Bug Out Bag List - Survival Gear You Must Have For Emergency Preparedness" is a powerful structure to ensure you have the agility and adaptability to survive, win and have a firm financial footing today and tomorrow, regardless of the times and turmoil.

While this book is called “The Bug Out Bag List” …it’s really more than that, much more as you will soon see.

The Difference Between
Life and Death During Disasters Comes Down To the Decisions You Will Make.