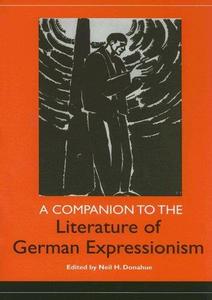 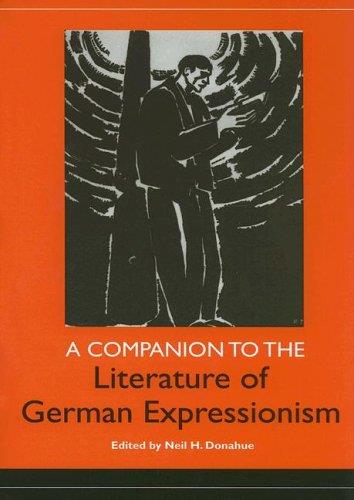 More than any other avant-garde movement, German Expressionism captures the revolutionary intensity of twentieth-century modernity in all its contrasts and conflicts. In continuous eruptions from 1905 to 1925, Expressionism upset reigning practices in the arts: in its most representative genre of painting and the visual arts, powerful figurations and dynamic abstractions supplanted placid realism, and a palette of vividly luminescent colors eclipsed subdued earth tones. In literature, the change was equally stark: a heady intellectualism combined with dramatic gesture, graphic visions, exuberant emotions and urgent proclamations --along with a new sense of the unexplored potency and potential of raw language -- to forge forceful styles of verbal expression. Expressionism introduced into art, both visual and verbal, a shockingly new intensity with many facets and many faces. This volume presents German Expressionism in terms of its literature, which is far less known in the English-speaking world, with essays by leading scholars on Expressionism's philosophical origins, its thematic preoccupations, and its divergent stylistic manifestations in and across different genres by writers whose common bond is intensity and whose lines on the page read like the gouges of a woodcut. An interdisciplinary section addresses Expressionism's gender relations, how women appeared in the literature and then disappeared from literary history, and how the aesthetic impulses of Expressionism entered into film as a new technology of expression, a new form of visual narrative. This volume demonstrates how, between its origins in philosophy and its afterlife in film, Expressionism's aesthetic energies stretched and revised the boundaries of conventional literary genres into drastically new and different forms: in many ways, the margins are central to the experimental art of Expressionism. This volume features figures such as Georg Kaiser, Walter Hasenclever, and Ernst Toller in drama; Gottfried Benn, Georg Heym, Else Lasker-Sch?ler, and Georg Trakl in poetry; Alfred D?blin, Carl Einstein, and Carl Sternheim in prose, to name just a few. Against the background of the journals, exhibitions, and anthologies, the caf? meeting places and public life of Expressionism, the volume's highly focused, intrinsic analyses of texts and comprehensive overviews of extrinsic contexts (and of the most up-to-date research) shows the fervor and complexity of the period and its effulgent literary formations. Neil H. Donahue is Professor of German and Comparative Literature at Hofstra University.