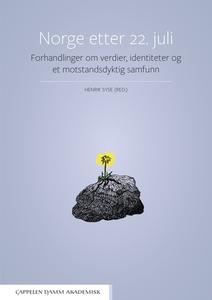 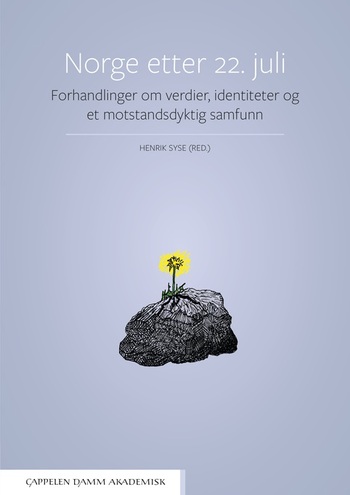 Norge etter 22. juli : Forhandlinger om verdier, identiteter og et motstandsdyktig samfunn by Bakkevig, Trond; Bivand Erda
Norsk/English | 2018 | ISBN: N/A | 241 Pages | PDF | 1.22 MB
"At the time of this book’s publication, almost seven years have passed since the dramatic and brutal terror attacks at Norway’s Government Headquarters in Oslo and the island of Utøya on 22 July 2011. How have we coped during this time? Which values have been important? Have we managed to protect the ideals of democracy, openness and humanity? And not least: Who is this ""we"" that we are referring to? This scholarly anthology includes articles from researchers associated with the project NECORE (Negotiating Values: Collective Identities and Resilience after 22 July) and other researchers whose work is closely associated with the project. They give us insights, opinions and sharp perspectives on not just 22 July, but also about Norway today, about values, identities and resilience in Norwegian society in the wake of the terror attacks. An important backdrop for the book and the project is the assertion that, as the events themselves recede into the past, it is even more important to focus on what the terror events have led to and how we can learn from them. In a world where terrorism has become an all too common part of political reality, it is crucial that we understand how we ought to think about terror, and how we as a society encounter it."