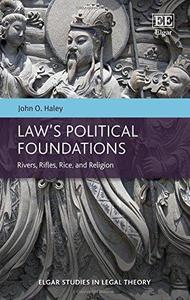 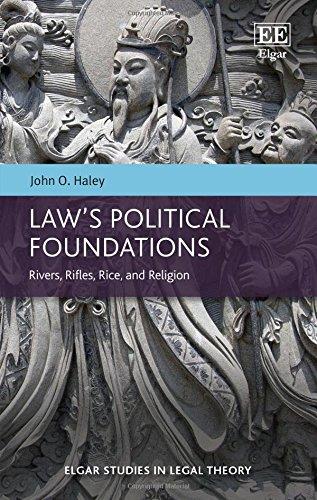 Law's Political Foundations: Rivers, Rifles, Rice and Religion explains the development of the two basic systems of public and private law and their historical transformations. Examining the historical development of law in China, Japan, Western Europe, and Hispanic America, Haley argues that law is a product, rather than a constitutive element, of political systems. Four narrative chapters commence with the development of Chinese legal tradition as a public law order in which regulatory and penal rules were central, compared to the primacy of private law in Western Europe. China was not only among the earliest but also historically the most enduring example of public law order. The European Legal Tradition, in contrast, became the source of the private law structures of legal systems worldwide. The Japanese and Hispanic American experiences are explored as pivotal links that help to identify foundational factors that underpin the historical development of public and private law orders. Also explained in both contexts is the endurance of private ordering both within and beyond the law. These vivid comparisons and analyses in these stories of rivers, rifles, rice, and religion will serve as an excellent critical resource for scholars and academics of comparative law and legal theory. Review With magnificent scope, Law's Political Foundations leads the reader through government structure, political regimes, and law throughout the world. Haley's work deftly explains why China, Japan, Europe, and Latin America developed different forms of public and private legal regimes. Geography, war, agriculture, and belief shaped government and law; this novel framework permits Haley boldly to straddle empires and centuries in this captivating study of legal development. --M.C. Mirow, University of Edinburgh Law School, UK, and Florida International University College of Law In Law's Political Foundations, John Haley brings a lifetime of thinking about the deep issues of comparative law to this fascinating exploration of the geographical roots, as well as the implications, of the very different regimes of public law, private law, and private ordering that respectively dominated the civilizations of China, Western Europe, and Japan. And although the West still speaks the language of private law, he argues, it is the public law paradigm first perfected in China that is becoming dominant in the modern state. There is much food for thought in this stimulating and provocative book. --Donald C. Clarke, The George Washington University In this breathtaking account, John Haley gives us a magisterial tour de force. He asks questions of astonishing breadth: when do societies rely on public law regimes, and when on private law regimes? He explores these universal puzzles with a relentless focus on the particular. In exquisite detail, he traces the way legal regimes developed historically across a wide range of countries. And he ties the developments to changes in religion, in economic production, in military extraction, and in transportation and communication facilities. Old questions, new answers - at root, Haley concludes: ''legal institutions develop in conjunction with the capacity of rulers to appropriate wealth and acquire revenue and the demands or needs they confront for the allocation of the material resources they control.'' Haley masterfully traces the interplay of rules, norms, laws, religious injunctions, and the demands of economic production and military extraction. --Mark Ramseyer, Harvard Law School