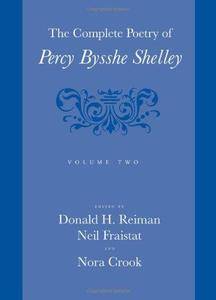 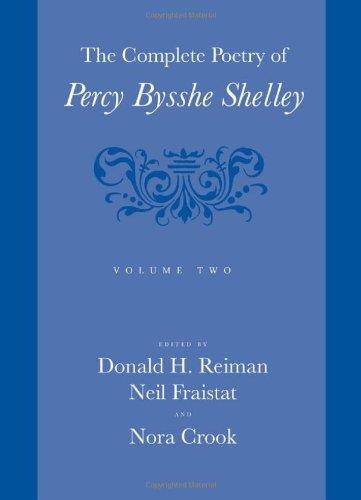 Writing to his publisher in 1813, Shelley expressed the hope that two of his major works "should form one volume"; nearly two centuries later, the second volume of the Johns Hopkins edition of The Complete Poetry fulfills that wish for the first time. This volume collects two important pieces: Queen Mab and The Esdaile Notebook. Privately issued in 1813, Queen Mab was perhaps Shelley's most intellectually ambitious work, articulating his views of science, politics, history, religion, society, and individual human relations. Subtitled A Philosophical Poem: With Notes, it became his most influential―and pirated―poem during much of the nineteenth century, a favorite among reformers and radicals. The Esdaile Notebook, a cycle of fifty-eight early poems, exhibits an astonishing range of verse forms. Unpublished until 1964, this sequence is vital in understanding how the poet mastered his craft.As in the acclaimed first volume, these works have been critically edited by Donald H. Reiman and Neil Fraistat. The poems are presented as Shelley intended, with textual variants included in footnotes. Following the poems are extensive discussions of the circumstances of their composition and the influences they reflect; their publication or circulation by other means; their reception at the time of publication and in the decades since; their re-publication, both authorized and unauthorized; and their place in Shelley's intellectual and aesthetic development.