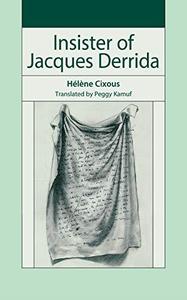 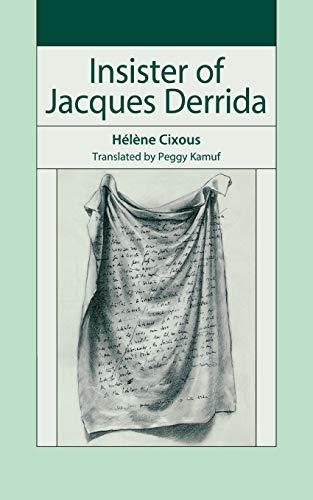 H?l?ne Cixous is arguably the most insightful and unbridled reader of Jacques Derrida today. In Insister, she brings a unique mixture of scholarly erudition, theoretical speculation, and breathtaking textual explication to an extremely close reading of Derrida's work. At the same time, Insister is an extraordinarily poetic meditation, a work of literature and of mourning for Jacques Derrida the person, who was a close friend and accomplice of Cixous's from the beginning of their careers.In a melodic stream-of-consciousness Cixous speaks to Derrida, to his memory and to the words he left behind. She delves into the philosophical spaces that separated them, filling them out to create new understandings, bringing Derrida's words back to life while insisting on our inability to ever truly communicate through words. "More than once we say the same words," Cixous writes, "but we do not live them in the same tone."Insister of Jacques Derrida joins Veils, the two loosely autobiographical texts of Derrida and Cixous published together by Stanford in 2001.