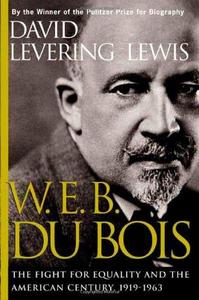 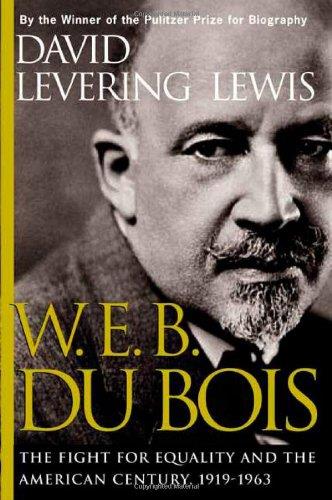 The second volume of the Pulitzer Prize--winning biography that "The Washington Post" hailed as "an engrossing masterpiece"Charismatic, singularly determined, and controversial, W.E.B. Du Bois was a historian, novelist, editor, sociologist, founder of the NAACP, advocate of women's rights, and the premier architect of the Civil Rights movement. His hypnotic voice thunders out of David Levering Lewis's monumental biography like a locomotive under full steam.This second volume of what is already a classic work begins with the triumphal return from WWI of African American veterans to the shattering reality of racism and lynching even as America discovers the New Negro of literature and art. In stunning detail, Lewis chronicles the little-known political agenda behind the Harlem Renaissance and Du Bois's relentless fight for equality and justice, including his steadfast refusal to allow whites to interpret the aspirations of black America. Seared by the rejection of terrified liberals and the black bourgeoisie during the Communist witch-hunts, Du Bois ended his days in uncompromising exile in newly independent Ghana. In re-creating the turbulent times in which he lived and fought, Lewis restores the inspiring and famed Du Bois to his central place in American history.