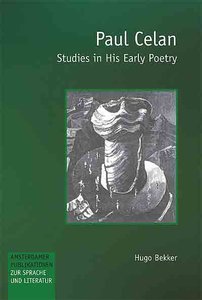 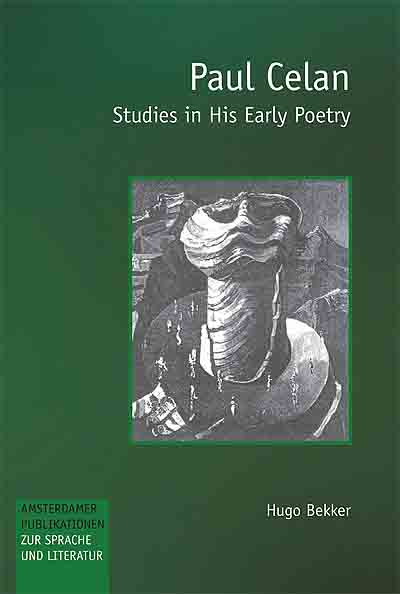 Hugo Bekker, "Paul Celan: Studies in His Early Poetry".
Publisher: Rodopi | ISBN: 9042023821 | 2008 edition | PDF | 272 Pages | 1,52 MB
Paul Celan: Studies in His Early Poetry scrutinizes the influences detectable in the poems written during 1938-48. Among German writers, Buchner, Goethe, Gottfried von Strassburg, Gryphius, Morike, the poet of the Nibelungenlied, Novalis, Rilke, and Trakl all provided motifs that, often repeated, make for a dense network inviting attention to the self-referential and self-revealing patterns in Celan's early work. In addition, there are many poems that contain motifs gleaned from Greek mythology and/or biblical data. These references, on occasion quite clear, more often so obscure as to be hazy allusions, yield the view that during his first decade of poetic activities Celan becomes increasingly recondite. When these references or allusions stand side-by-side in a given poem, they acquire a surrealistic tint and threaten to withhold clear meaning. Ambiguities,deliberately cultivated in the earliest poems, begin to boomerang and read like so many preludes to the struggles with language evident in the poetry of Celan's maturity. It is a certainty that Celan reacted quickly, if not immediately, to the events befalling the scenes of his early years (Czernowitz and the forced-labor camp). This phenomenon mandates the view of his poems as so many pieces of autobiography. It thus is inevitable that as early as 1940 he wrote against the backdrop of war, and soon thereafter in the shadow of the Holocaust that was destined to brand his mind forever. This volume is meant for anyone interested in Celan, close reading of modern poetry in general, comparative literature, motif studies, poetic reactions to Holocaust events, or even in a Jew's concept regarding the role of the deity in the destruction of those for whom the poet speaks.