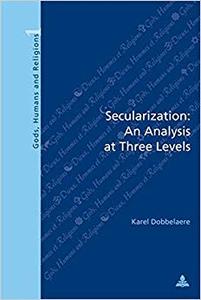 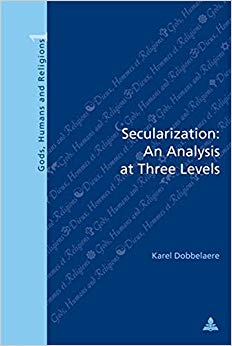 Karel Dobbelaere, "Secularization: An Analysis at Three Levels: Second Printing"
English | 2004 | ISBN: 9052019851 | PDF | pages: 220 | 2.6 mb
In an epoch in which religion has explicitly and sometimes violently returned to the forefront of the global public scene, the process of secularization that has fundamentally marked Western and particularly European societies demands attention and analysis. This book, written from a sociological perspective, takes up that challenge.
The author distinguishes three levels of secularization. Societal secularization which is a typical consequence of the processes of modernity, and of programmes of «laïcisation» promoted by political parties. Individual secularization that is manifested in the decline of church commitment; occurring as individuals re-compose their personal beliefs and practices in a «religion à la carte»; and as the individual's meaning system becomes compartmentalized and religion is separated from other areas of life. A third level, organizational secularization, covers the incidence of the adaptation of religious bodies to secularized society.
The entire work is marked by meticulous description and analysis of numerous theoretical and empirical studies, and by due recognition of the intricate relationship between levels of secularization and the impact of various actors in the many conflicts over religion's roles.