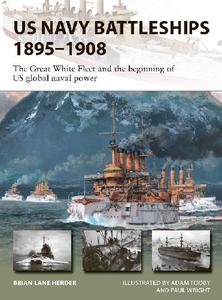 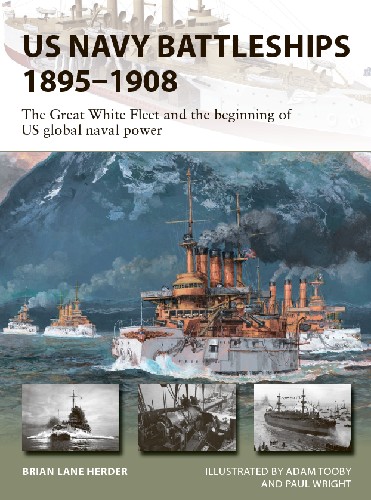 US Navy Battleships 1895–1908: The Great White Fleet and the beginning of US global naval power
(Osprey New Vanguard 286)

2020 | ISBN: 1472839986 | English | 49 Pages | True PDF | 6,5 MB
The last predreadnought battleships of the US Navy were critical to the technological development of US battleships, and they were the first tool of international hard power wielded by the United States, a nation which would eventually become the world's dominant political and military power of the 20th century. These battleships were the stars of the 1907-09 Great White Fleet circumnavigation, in which the emerging power and reach of the US Navy was displayed around the world. They also took part in the bombardment and landings at Veracruz, some served as convoy escorts in World War I, and the last two were transferred to the Hellenic Navy and were sunk during World War II.
This book examines the design, history, and technical qualities of the final six classes of US predreadnought battleships, all of which were involved in the circumnavigation of the Great White Fleet. These classes progressively closed the quality gap with European navies - the Connecticuts were the finest predreadnought battleships ever built - and this book also compares and contrasts US predreadnought battleships to their foreign contemporaries. Packed with illustrations and specially commissioned artwork, this is an essential guide to the development of US Navy Battleships at the turn of the twentieth century.