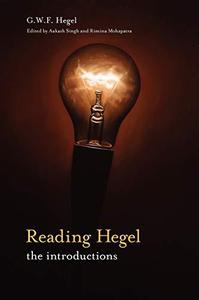 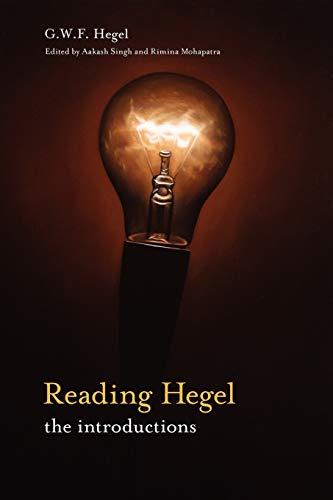 Bringing together for the first time all of G.W.F. Hegel's major Introductions in one place, this book ambitiously attempts to present readers with Hegel's systematic thought through his Introductions alone. The Editors articulate to what extent, precisely, Hegel's Introductions truly reflect his philosophic thought as a whole. Certainly each of Hegel's Introductions can stand alone, capturing a facet of his overarching idea of truth. But compiled all together, they serve to lay out the intricate tapestry of Hegel's thought, woven with a dialectic that progresses from one book to another, one philosophical moment to another. Hegel's reflections on philosophy, religion, aesthetics, history, and law-all included here-have profoundly influenced many subsequent thinkers, from post-Hegelian idealists or materialists like Karl Marx, to the existentialism of Kierkegaard and Jean-Paul Sartre; from the phenomenological tradition of Edmund Husserl to Martin Heidegger, Jacques Derrida and other post-moderns, to thinkers farther afield, like Japan's famous Kyoto School or India's Aurobindo. This book provides the opportunity to discern how the ideas of these later thinkers may have originally germinated in Hegel's writings, as well as to penetrate Hegel's worldview in his own words, his grand architecture of the journey of the Spirit.