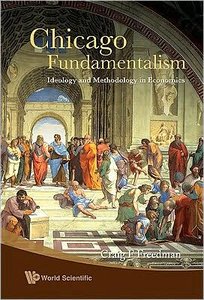 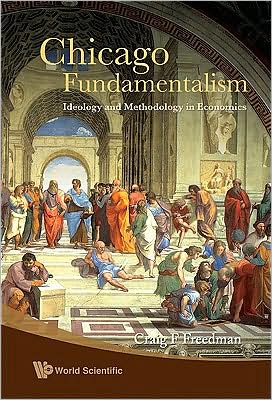 Cold-war ideology infected the development of economics in ways its practitioners were often not fully aware. The Chicago counter-revolution against the dominant post-war triumph of Keynesian analysis had an essential subtext, a perceived struggle between freedom and collective slavery. Ideological objectives subsequently influenced methodological concerns, pushing economists to adopt the zero-sum tactics of the courtroom rather than the mutually beneficial manners of the senior common room. In these ideologically charged times, economists stopped reading opposing views carefully, seeking instead to dismiss, out of hand, uncongenial ideas.

In this collection of previously published and new material, Craig Freedman examines the problem of ideology through the reflection cast by the architects of the Chicago counter-revolution, George Stigler and Milton Friedman. The second half of the volume demonstrates the legacy of these ideological fires, namely a profession where the methodology of careless reading and zero-sum exchanges have persisted and come to dominate.

Contents: Foreword: A Touch of the Billy Joels; And Only I Was Left to Tell the Tale: Blindness as an Act of Will; Resurrecting the Chicago Revolution: The Cold War and the Economics Profession:; George Stigler:; George Joseph Stigler (1911-1991); Power Without Glory – George Stigler s Market Leviathan; Five Easy Pieces – George Stigler s Blueprint for a Counter-Revolution; Countervailing Egos – Stigler versus Galbraith; Was George Stigler Adam Smith s Best Friend? – Studying the History of Economics Thought; Do Great Economists Make Great Teachers? – George Stigler as a Dissertation Supervisor; Milton Friedman:; De Mortuis Nil Nisi Bonum – Milton Friedman 1912-2006; Entre Nous – A Review of the Friedman Stigler Correspondence; Not for Love nor Money: Milton Friedman s Counter-Revolution; Method or Madness – Why Methodology Matters:; Why Economists Can t Read; Shunning the Frumious Bandersnatch: An Unacknowledged Assumption of Coase s Theorem; Animal Spirits in His Soup: A Look at the Methodology and Rhetoric of The General Theory; In Defence of Footnotes – A Clarification of a Misunderstanding of Keynes s Definition of Money; Economic Convictions and Prior Beliefs: Akerlof Wrestles with the Ghost of John Maynard Keynes; When Truth is Not Beauty, Nor Beauty Truth: A Review of Econ Art – Divorcing Art from Science in Modern Economics; Court Jesters, House Gadflies and Economic Critics.