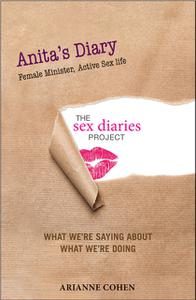 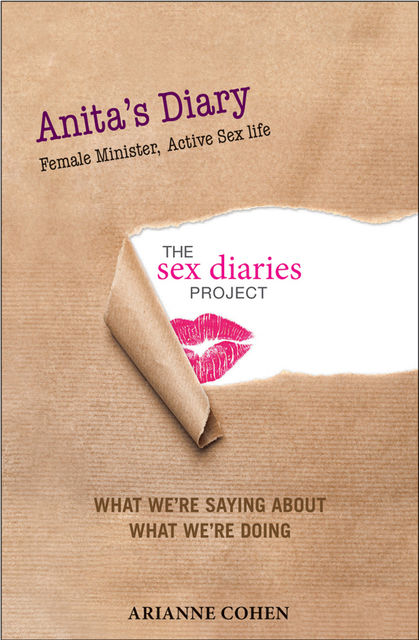 In the tradition of The Vagina Monologues and PostSecret, this provocative collection's teaser, Anita's Diary, takes a peek behind bedroom doors–satisfying our insatiable desires to look into the private lives of ordinary people.

Arianne Cohen spent four years collecting 1,500 Sex Diaries and in this book she takes us on a tantalizing tour of American bedrooms through the all-new, provocative, often moving, sometimes shocking, always entertaining real diaries of forty Sex Diarists. Anita's Diary: Female Minister, Active Sex Life is one of these tales of love, lust, longing and leaving that will shock, titillate, and educate. Cohen serves as tour guide, drawing on her deep database of Sex Diaries for her incisive and illuminating commentary. Cohen was the first editor of the Sex Diaries column, a popular feature in New York magazine, editing it from 2007 to 2010. Her work regularly appears in Marie Claire and the New York Times and she is a contributing editor at Woman's Day. She is executive producing a TV reality series based on this book.

· Presents a groundbreaking portrait of relationships in America–including myriad options beyond single, dating, and married

Sex is everywhere in our culture, yet how people best connect and disconnect is largely a mystery. Anita's Diary turns the lights on to reveal the secrets that lie behind closed bedroom doors.