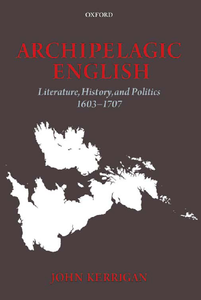 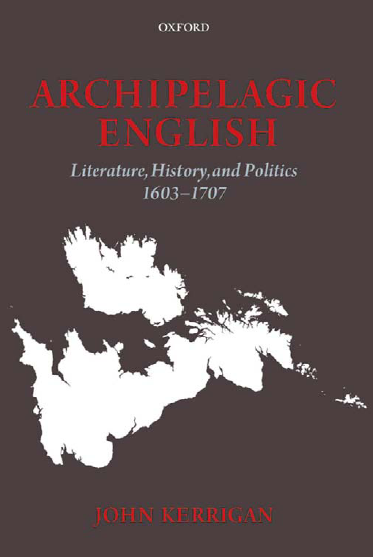 Seventeenth-century "English Literature" has long been thought about in narrowly English terms. Archipelagic English corrects this by devolving anglophone writing, showing how much remarkable work was produced in Wales, Scotland, and Ireland, and how preoccupied such English authors as Shakespeare, Milton, and Marvell were with the often fraught interactions between ethnic, religious, and national groups around the British-Irish archipelago. This book transforms our understanding of canonical texts from Macbeth to Defoe's Colonel Jack, but it also shows the significance of a whole series of authors (from William Drummond in Scotland to the Earl of Orrery in County Cork) who were prominent during their lifetimes but who have since become neglected because they do not fit the Anglocentric paradigm. With its European and imperial dimensions, and its close attention to the cultural make-up of early modern Britain and Ireland, Archipelagic English authoritatively engages with, questions, and develops the claim now made by historians that the crises of the seventeenth century stem from the instabilities of a state-system which, between 1603 and 1707, was multiple, mixed, and inclined to let local quarrels spiral into all-consuming conflict. This is a major, interdisciplinary contribution to literary and historical scholarship which is also set to influence present-day arguments about devolution, unionism, and nationalism in Britain and Ireland.
Download
Mirror
Uploadbox.com
Megaupload.com