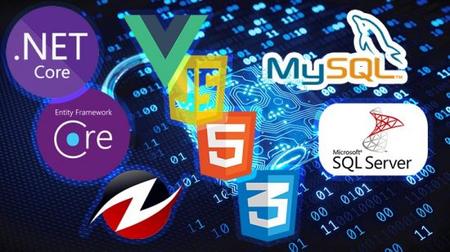 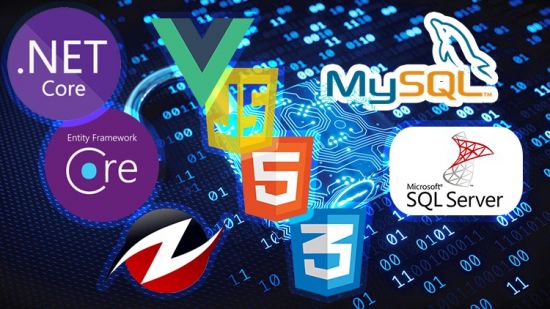 “Want to make a good beginning in ASP.NET Core? Then this course is for you”

The content of the course is delivered in a very clear manner we will learn everything step by step and build many APPS. First of We will never use Console because its boring so we will learn how to create real app and that will make you eager.

This is the BEST COURSE CHOICE for completely beginners — anybody who wants to be a ASP.NET Core programmer but hasn’t any idea of where to begin.

Here’s great news: If you can type, install a program, and open your browser in your Computer, you’re good to go.

What is ASP.NET Core…

ASP.NET Core is a free and open-source web framework and successor to ASP.NET, developed by Microsoft. It is a modular framework that runs on both the full .NET Framework, on Windows, and the cross-platform .NET Core. However ASP.NET Core version 3 works only on .NET Core dropping support of .NET Framework.

WHY this ASP.NET Core course?

You’re a newcomer to coding and want to learn everything from scratch? You’ll learn ASP.NET Core programming language, with clear instruction and well detailed videos. And you’ll write your own codes

What We Will Do?

Finally i want to say what ASP.NET Core is very powerful language you can create many different apps with it.

Who this course is for
The Students looking for complete ASP NET CORE, Dapper and Vue JS course and coders who want to learn ASP NET CORE