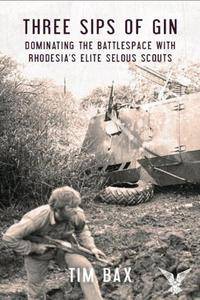 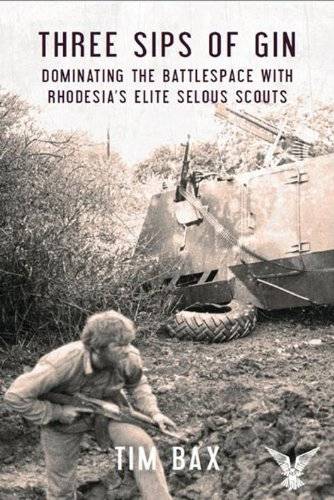 Three Sips of Gin: Dominating the Battlespace with Rhodesia's famed Selous Scouts by Timothy Bax
English | 19 Aug. 2013 | ASIN: B00IRHB1FQ | 448 Pages | AZW3 | 23.14 MB
There is nothing that terrorized Russian and Chinese-backed guerillas fighting Rhodesia's bush war in the 1970s more than the famed Selous Scouts. The very name of the unit struck fear into the very heart and soul of even the most battle-hardened guerillas. Too afraid to even whisper the name amongst themselves, they referred to soldiers of the unit simply as Skuzapu, or pickpockets. It was not for nothing that history has recorded the Selous Scouts Regiment as being one of the deadliest and most effective killing machines in modern counter-insurgency warfare.

The Selous Scouts comprised specially selected black and white soldiers of the Rhodesian army, supplemented with the inclusion of hardcore terrorists captured on the battlefield. Dressed and equipped as communist guerrillas and with faces and arms blackened, members of this elite Special Forces unit would slip silently into the shadows of the night to seek and destroy real terrorist gangs. It became a deadly game of hide-and-seek played out between gangs and counter-gangs in the harsh and unforgiving landscape of the African bush. So successful were the Selous Scouts at being able to locate and destroy terrorist in their lairs that by the mid-1970s, they had begun to dominate Rhodesia's battle space. Working in close conjunction with the elite airborne assault troops of the Rhodesian Light Infantry, the Selous Scouts accounted for an extraordinary high proportion of terrorist killed in Rhodesia's bush war. Not content with restricting themselves to hunting guerrillas inside Rhodesia, the Selous Scouts began conducting external vehicle-borne assaults against terrorist camps situated deep inside neighboring countries with devastating loss to the terrorists.

Survival in this cauldron of battle was never guaranteed. In this special 'deluxe' edition of author Tim Bax's hugely acclaimed Three Sips of Gin, we follow Tim on his missions into the silence of the shadows. As his story unfolds, we begin to understand how he managed to survive and it is here you will find the significance of 'three sips of gin' revealed. Readers of the earlier edition of the book will not want to miss reading this 'deluxe' edition, which, for the first time, is illustrated with dozens of photographs of every facet of Tim's amazing journey, including stark, never before seen images of the war.

Three Sips of Gin is not just a book about war. It is a remarkable book about a remarkable man’s life journey. Tim tells his story with the wit, candor and self-deprecating humor for which he has become so well known. His amazing journey is one, which few could ever have experienced.