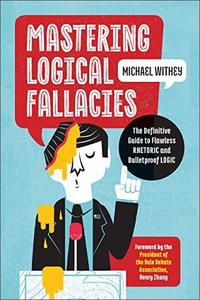 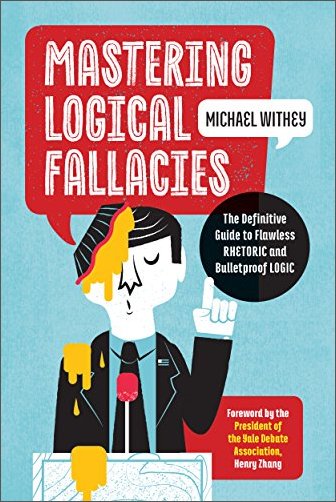 Mastering Logical Fallacies: The Definitive Guide to Flawless Rhetoric and Bulletproof Logic by Michael Withey
English | June 18, 2016 | ASIN: B01G7Y1IS0, ISBN: 1623157102 | AZW3 | 191 pages | 3.8 MB
“If I have learned anything in ten years of formal debating, it is that arguments are no different: without a good understanding of the rules and tactics, you are likely to do poorly and be beaten.”―HENRY ZHANG, President of the Yale Debate Association

Your argument is valid and you know it; yet once again you find yourself leaving a debate feeling defeated and embarrassed. The matter is only made worse when you realize that your defeat came at the hands of someone’s abuse of logic―and that with the right skills you could have won the argument.

The ability to recognize logical fallacies when they occur is an essential life skill. Mastering Logical Fallacies is the clearest, boldest, and most systematic guide to dominating the rules and tactics of successful arguments. This book offers methodical breakdowns of the logical fallacies behind exceedingly common, yet detrimental, argumentative mistakes, and explores them through real life examples of logic-gone-wrong.

Designed for those who are ready to gain the upper hand over their opponents, this master class teaches the necessary skills to identify your opponents’ misuse of logic and construct effective, arguments that win. With the empowering strategies offered in Mastering Logical Fallacies you’ll be able to reveal the slight-of-hand flaws in your challengers’ rhetoric, and seize control of the argument with bulletproof logic.