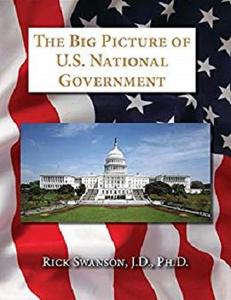 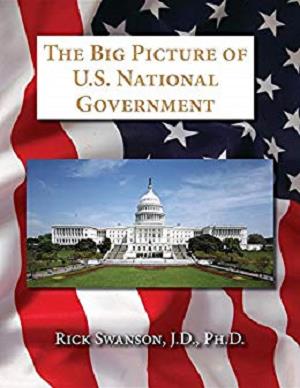 The Big Picture of U.S. National Government by Rick Swanson
English | ISBN: N/A | ASIN: B01MQZWQQ5 | 459 pages | EPUB | August 22, 2016 | 2.11 Mb
The Big Picture of U.S. National Government is a comprehensive introductory text for entry-level political science or civics courses in U.S. national government and politics at the university, community college, or advanced high school level. Written by a political scientist with over een years of practice in civics education, the book offers students a basic yet thorough overview of the history, theory, and practice of U.S. government. Reviewed for accuracy of content, ideological balance, and quality of writing by fellow political scientists, its straightforward, easy-to-read conversational style focuses on the “big picture” rather than becoming bogged down in endless mundane or disconnected details. As such, readers will come away with an organized framework of understanding, allowing them to make meaningful sense of new political information involving U.S. national government that the readers encounter later in their studies or life experience.