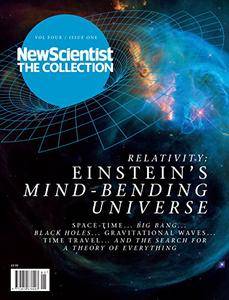 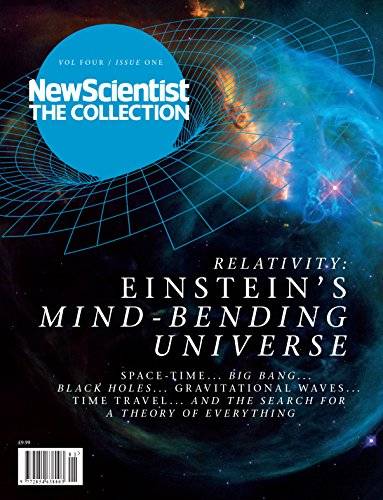 Relativity: Einstein's mind-bending Universe (New Scientist: The Collection Book 4) by New Scientist
English | 9 Mar. 2017 | ASIN: B06XJ2QH5N | 329 Pages | AZW3 | 3.86 MB
In a few short years in the early 20th century, an iconoclastic young physicist single-handedly transformed our understanding of the universe. With his special and general theories of relativity, Albert Einstein overturned the solid certainties of Newton’s clockwork universe and replaced it with one that defies common sense understanding. His work brought us the famous equation E=mc2, revealed light as the fastest thing in the universe, and introduced the bizarre concept of time dilation. It unified space and time, redefined gravity, and ushered in the idea that the universe began in hot, dense fireball we now call the big bang. These ideas later gave rise some of the most intriguing and mind-boggling ideas in modern physics: black holes, dark matter and energy, and time travel. Today’s physicists are still wrestling with his ideas and their consequences, including how to build them into the ultimate theory of everything.

It is hard to overstate Einstein’s influence on modern science, and yet his theories remain arcane and sometimes misunderstood. This issue of New Scientist: The Collection introduces the man and his astonishing ideas - and explains how they will lead to the next great revolution in our understanding of the cosmos.


How read and convert AZW3 in PDF, EPUB or MOBI?
Books in this format look like real PDF, with good pictures and tables!
You can download AZW3 on Kindle E-Reader for reading.
For reading AZW3 on your PC, you must have an account on Amazon, after download Kindle for PC:
ht...-10&keywords=for+PC
For reading AZW3 on Android, you can install FBReader from Play Market:
https://play.google.com/store/...ometerplus.zlibrary.ui.android
Kindle for Mac you can download here:
https://itunes.apple.com/us/app/kindle/id405399194?mt=12
http://www.amazon.com/dp/B00UB...7DG6Q?_encoding=UTF8&psc=1
For reading AZW3 on iPhone or iPad, you need install MOBI Reader:
https://itunes.apple.com/us/ap...azw-azw3-prc/id1007491919?mt=8
For convert AZW3 in PDF, EPUB or MOBI, you can found in Google online converters or found any software for this!