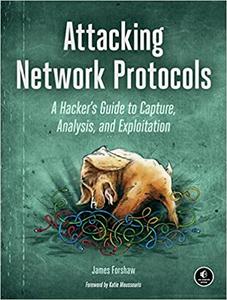 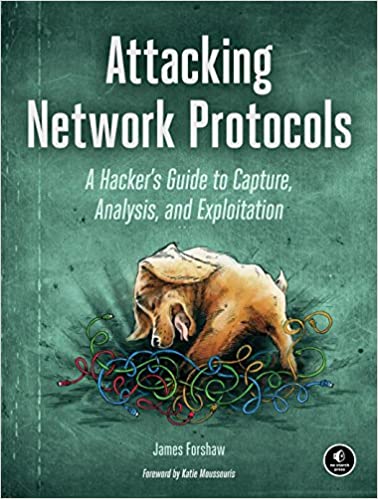 Attacking Network Protocols is a deep dive into network protocol security from James Forshaw, one of the world’s leading bug hunters. This comprehensive guide looks at networking from an attacker’s perspective to help you discover, exploit, and ultimately protect vulnerabilities.

You’ll start with a rundown of networking basics and protocol traffic capture before moving on to static and dynamic protocol analysis, common protocol structures, cryptography, and protocol security. Then you’ll turn your focus to finding and exploiting vulnerabilities, with an overview of common bug classes, fuzzing, debugging, and exhaustion attacks.

Learn how to:
Capture, manipulate, and replay packets
Develop tools to dissect traffic and reverse engineer code to understand the inner workings of a network protocol
Discover and exploit vulnerabilities such as memory corruptions, authentication bypasses, and denials of service
Use capture and analysis tools like Wireshark and develop your own custom network proxies to manipulate network traffic Attacking Network Protocols is a must-have for any penetration tester, bug hunter, or developer looking to understand and discover network vulnerabilities.