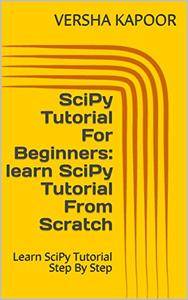 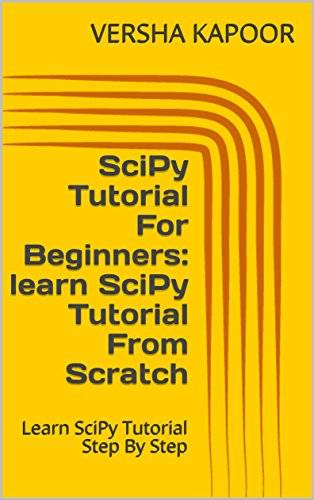 SciPy, a scientific library for Python is an open source, BSD-licensed library for mathematics, science and engineering. The SciPy library depends on NumPy, which provides convenient and fast N-dimensional array manipulation. The main reason for building the SciPy library is that, it should work with NumPy arrays. It provides many user-friendly and efficient numerical practices such as routines for numerical integration and optimization. This is an introductory tutorial, which covers the fundamentals of SciPy and describes how to deal with its various modules.
Audience

This tutorial is prepared for the readers, who want to learn the basic features along with the various functions of SciPy. After completing this tutorial, the readers will find themselves at a moderate level of expertise, from where they can take themselves to higher levels of expertise.
Prerequisites

Before proceeding with the various concepts given in this tutorial, it is being expected that the readers have a basic understanding of Python. In addition to this, it will be very helpful, if the readers have some basic knowledge of other programming languages. SciPy library depends on the NumPy library, hence learning the basics of NumPy makes the understanding easy.