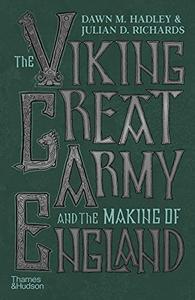 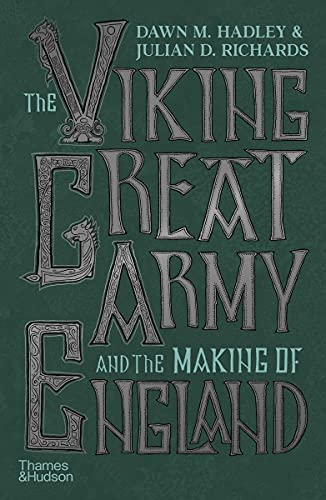 The Viking Great Army and the Making of England by Julian D. Richards, Dawn Hadley
English | May 27, 2021 | ASIN: B095X4SNRK, ISBN: 0500022011 | AZW3 | 321 pages | 12.3 MB
Featuring the latest scientific techniques and findings, this book is the definitive account of the Viking Great Army’s journey and how their presence forever changed England.

When the Viking Great Army swept through England between 865 and 878 CE, the course of English history was forever changed. The people of the British Isles had become accustomed to raids for silver and prisoners, but 865 CE saw a fundamental shift as the Norsemen stayed through winter and became immersed in the heart of the nation. The Viking army was here to stay. This critical period for English history led to revolutionary changes in the fabric of society, creating the growth of towns and industry, transforming power politics, and ultimately leading to the rise of Alfred the Great and Wessex as the preeminent kingdom of Anglo-Saxon England.

Authors Dawn Hadley and Julian Richards, specialists in Anglo-Saxon and Viking Age archaeology, draw on the most up-to-date scientific techniques and excavations, including their recent research at the Great Army’s camp at Torksey. Together they unravel the movements of the Great Army across England like a detective story, while piecing together a new picture of the Vikings in unimaginable detail. Hadley and Richards unearth the swords and jewelry the Vikings manufactured, examine how they buried their great warriors, and which everyday objects they discarded. These discoveries revolutionized what is known of the size, complexity, and social make-up of the army. Like all good stories, this one has plenty of heroes and villains, and features a wide array of vivid illustrations, including site views, plans, weapons, and hoards. This exciting volume tells the definitive account of a vital period in Norse and British history and is a must-have for history and archaeology lovers.