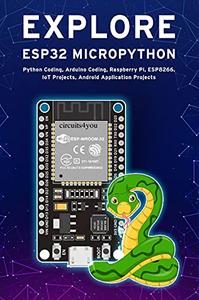 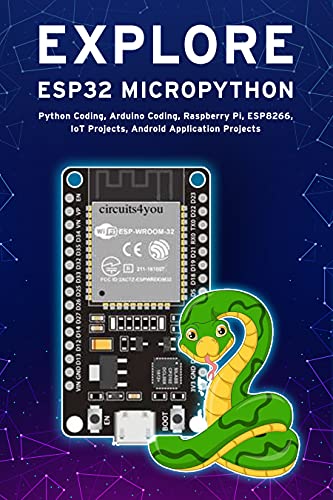 English | 2021 | ASIN: B09B8RJDMB | 329 Pages | EPUB | 28 MB
Programming is something that every modern makers should have some grasp. Figuring out exactly what program is best for your particular purpose can be half of the battle. I've had a chat previously about programming, but as an overview programming is simply the process of creating instructions for a computing device to comprehend and execute. These instructions are referred to as a software. Once the software program is run, the computing device will perform the specified task. The programming language is a set of commands, directives and other syntaxes, which gives you a vocabulary to create these software programs. Now Python and micro path and our power house programming languages. Each language can support your programming needs to almost the limits of your imagination. Both languages are transportable open source growing in popularity, comparatively, easy to use. And free. They also have similar syntax, keywords and operators. So how exactly do they differ from each other? Get up, get up, get up, get the fuck up. The biggest factor is that Python because of its intensive processing demands requires a full-sized computer. Laptop or cloud server to run effectively in Harrison, the hardware requirements of micro path and up orders of magnitude lower. This means macrobiotic can operate effectively on microcontrollers and microprocessors to clarify a microcontroller is a compact integrated circuit designed to govern a specific operation inside an embedded system to the table. I brought an Arduino UNO. Which is a perfect example of this. A microprocessor on the other hand is an integrated circuit that contains all the functions of a central processing unit of a computer, which includes an operating system. Demonstrate this. I brought to the table, a raspberry PI full model B eight gigabytes, which is a perfect example of a microprocessor. Both these devices can easily fit in the Palm of your hands and encourage and makers, rainbows of creativity. Now with most recent modern technology, this concept of micro Python for credit card size computers, whereas Python for lodge, computational devices. This concept is just not become so cut and dry. Some micro processes have become so powerful. They can functionally run Python. The newest rush reply for model B eight. Gigabytes is a perfect example. So does it take to make a streamlined slimmed down Python? Start by ripping out, hates the libraries leaving only a subset of library.