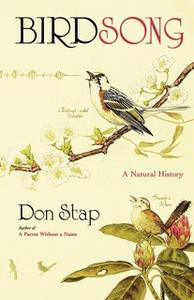 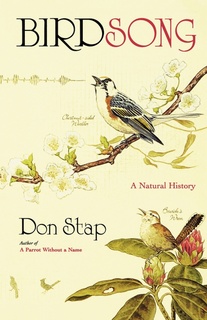 Following one of the world's experts on birdsong from the woods of Martha's Vineyard to the tropical forests of Central America, Don Stap brings to life the quest to unravel an ancient mystery: Why do birds sing and what do their songs mean? We quickly discover that one question leads to another. Why does the chestnut-sided warbler sing one song before dawn and another after sunrise? Why does the brown thrasher have a repertoire of two thousand songs when the chipping sparrow has only one? And how is the hermit thrush able to sing a duet with itself, producing two sounds simultaneously to create its beautiful, flutelike melody?
Stap's lucid prose distills the complexities of the study of birdsong and unveils a remarkable discovery that sheds light on the mystery of mysteries: why young birds in the suborder oscines – the "true songbirds" – learn their songs but the closely related suboscines are born with their songs genetically encoded. As the story unfolds, Stap contemplates our enduring fascination with birdsong, from ancient pictographs and early Greek soothsayers, who knew that bird calls represented the voices of the gods, to the story of Mozart's pet starling.
In a modern, noisy world, it is increasingly difficult to hear those voices of the gods. Exploring birdsong takes us to that rare place – in danger of disappearing forever – where one hears only the planet's oldest music.