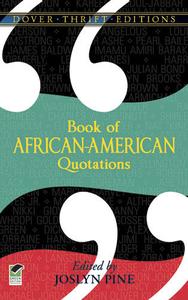 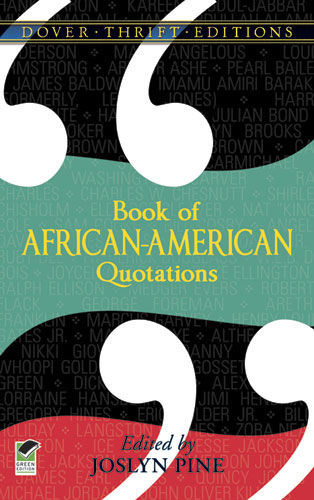 «In America, black is a country," declared Amiri Baraka, who insisted that the lives and destinies of the nation's white and black citizens are inseparably intertwined. His statement, like many others in this compilation of quotations, reflects the black experience in America and touches upon the role of racial identity. Other citations voice a broader perspective, including Maya Angelou's remark, «Life is not measured by the number of breaths we take, but by the moments that take our breath away.»This original collection of quotations cites approximately 100 well-known African-Americans from all walks of life. Twentieth-century notables include Louis Armstrong, Muhammad Ali, Julian Bond, and Ralph Ellison, in addition to earlier figures such as George Washington Carver and Frederick Douglass. Sources include poetry and works of fiction as well as song lyrics. Arranged alphabetically by author, the quotations cover a wide variety of subjects. Brief captions identify the quoted individuals and the achievements for which they are best known.