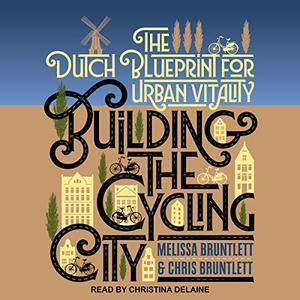 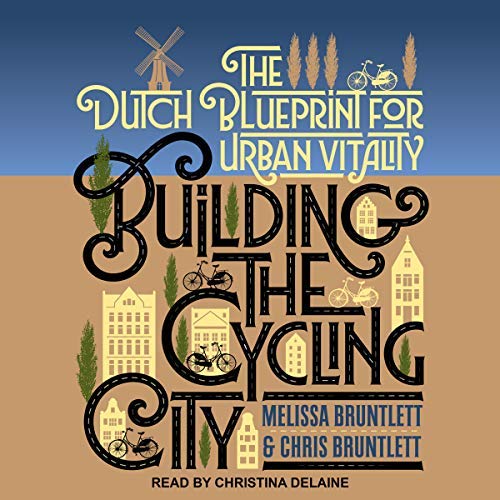 In car-clogged urban areas across the world, the humble bicycle is enjoying a second life as a legitimate form of transportation. City officials are rediscovering it as a multipronged (or -spoked) solution to acute 21st-century problems, including affordability, obesity, congestion, climate change, inequity, and social isolation.

As the world's foremost cycling nation, the Netherlands is the only country where the number of bikes exceeds the number of people, primarily because the Dutch have built a cycling culture accessible to everyone, regardless of age, ability, or economic means.

Chris and Melissa Bruntlett share the incredible success of the Netherlands through engaging interviews with local experts and stories of their own delightful experiences riding in five Dutch cities.

Building the Cycling City examines the triumphs and challenges of the Dutch while also presenting stories of North American cities already implementing lessons from across the Atlantic. Discover how Dutch cities inspired Atlanta to look at its transit-bike connection in a new way and showed Seattle how to teach its residents to realize the freedom of biking, along with other encouraging examples.

Tellingly, the Dutch have two words for people who ride bikes: wielrenner (“wheel runner”) and fietser (“cyclist”), the latter making up the vast majority of people pedaling on their streets and representing a far more accessible, casual, and inclusive style of urban cycling - walking with wheels.

Outside of their borders, a significant cultural shift is needed to seamlessly integrate the bicycle into everyday life and create a whole world of fietsers. The Dutch blueprint focuses on how people in a particular place want to move.

The relatable success stories will leave listeners inspired and ready to adopt and implement approaches to make their own cities better places to live, work, play, and - of course - cycle.