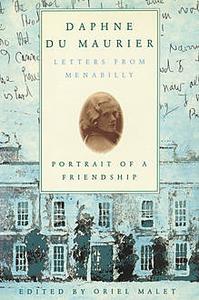 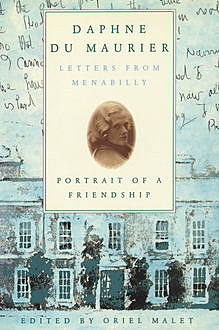 Daphne du Maurier’s correspondence with Oriel Malet began in the early 1950s, after they met at a cocktail party in London. At least twenty years separated them: Oriel was a gauche young writer while Daphne was the famous, much-fêted author of bestselling novels including Jamaica Inn, My Cousin Rachel, and Rebecca.The friendship flourished for thirty years, fed by the letters that arrived faithfully from Menabilly, the du Maurier house in Cornwall. While Oriel tasted life on a houseboat on the Seine and mixed with the aristocratic Who’s Who of Paris, Daphne’s letters tell of her family, past and present, her marriage to General Sir Frederick Browning—a war hero known privately as ‘Moper’ whose fits of melancholy caused many a crisis at Menabilly—and events like Prince Philip coming for dinner: ‘We’ve got only four knives with handles, and one silver candlestick must be glued!’ Most of all, her letters are a valuable record of the complex and rigorous art of a fine and well-loved writer: the ‘brewing’ of a plot, the research, and the ‘pegging’ of secret fantasies onto a living person in order to create classical characters such as Cousin Rachel and Roger Kylmerth.Disarmingly frank about sex, an earnest seeker after spiritual and psychological truth, Daphne du Maurier is revealed in her letters as an inspiring and delightful correspondent—as well as a once-in-a-lifetime friend.