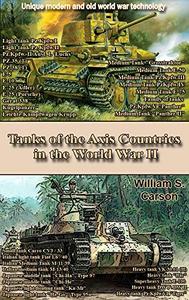 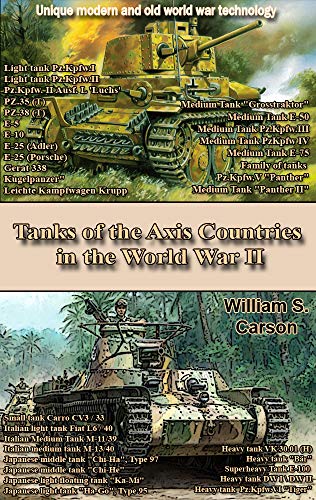 Tanks of the Axis Countries in the World War II: Unique modern and old world war technology by William S. Carson
English | 2020 | ISBN: N/A | ASIN: B08QH68SWR | 478 pages | EPUB | 24 Mb
This book is dedicated to the light, medium and heavy tanks of Germany, Japan and Italy, which took part in the Second World War. Also in it you will find the description, tactical and technical characteristics of combat machines and the history of the creation of tank troops in these countries.


The role of tanks in the Second World War

Tank building in Italy during the Second World War

The development of Japanese tank forces during the Second World War

Medium tank as a priority

The tanks of Germany before the Second World War

The theory of massive application of tanks