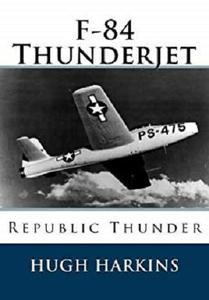 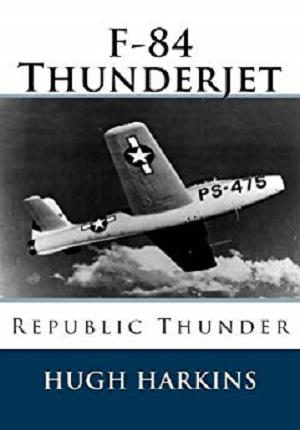 F-84 Thunderjet by Hugh Harkins
English | October 21, 2013 | ISBN: 1903630614 | 58 pages | AZW3 | 3.74 MB
While no US designed jet aircraft saw operational service during World War II, many would be employed in the 1950 – 1953 Korean War, including the Republic F-84 and the earlier Lockheed F-80, both of which were employed in large numbers. The F-84 was designed during the latter stages of World War II, known then as the XP-84 (The USAF changed from the ‘P’ for Pursuit to the ‘F’ for Fighter designation in 1948). The aircraft was redesigned and did not fly until 26 February 1946, with the first production variant, the P-84B (later F-84B) attaining an Initial Operational Capability in December 1947.
Designed primarily as a fighter, the introduction of more advanced fighters like the North American F-86 Sabre and the fielding by the Communist Air Forces of the swept wing MiG-15 saw the F-84 quickly outclassed in the air to air arena during the Korean War, which began on 29 June 1950, lasting until 27 July 1953.
F-84’s were deployed to Korea in November 1950, primarily as escort fighters protecting Boeing B-29 Superfortress Bombers. However, bomber losses to MiG’s led to the USAF abandoning the daylight bombing role for the B-29, after which, F-84’s increasingly moved more and more to the air to surface role.