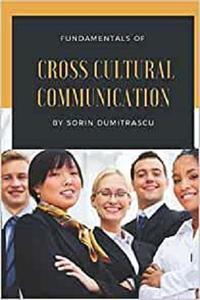 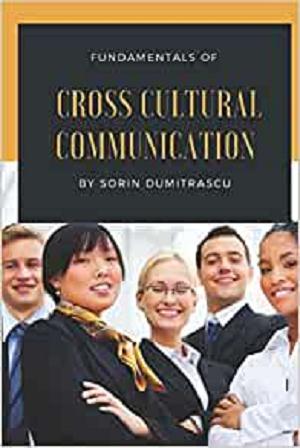 Fundamentals of Cross Cultural Communication by Sorin Dumitrascu
English | April 9, 2017 | ISBN: 1521029733 | 145 pages | EPUB | 0.18 Mb
With so much business happening on a global scale, cross-cultural communication is more important than ever before. Communication is always a challenge, and when diverse cultures interact, good communication can be even more challenging. For example, after a major U.S. corporation introduced a new breakfast cereal in Sweden, the company was horrified to discover that the cereal's name translates roughly as "burned peasant" in Swedish.Imagine the embarrassment, not to mention the loss of revenues that probably ensued. And while this example seems amusing after the fact, cross-cultural miscommunications aren't always benign.For instance, a large airline manufacturer developed its newest plane model to be flown by two pilots, with both pilots helping and correcting each other.But what do you suppose happens when the pilots are from a culture in which a subordinate is inhibited by custom from correcting a superior? At least one airline company has had several close calls as a direct result of this "design flaw" – which is ultimately a communication lapse.Now, you may not be involved in public safety or an industry in which communication errors can cause horrendous mishaps. But you'll likely soon be working with people from different cultures, if you aren't already. You need to learn how to handle cultural differences and maximize your communication opportunities.And this book will help you do just that. You'll learn about important cultural differences that will help you adapt your communication style to be more effective. In the first topic, you'll learn about the importance of achieving a proper mind-set for cross-cultural communication. In the second topic, you'll study aspects of cultures that affect how people communicate across cultural boundaries. In the third topic, you'll learn about a model of cultural dimensions that will help you enhance your communication abilities.First topic - In this topic, you'll learn about why cross-cultural communication is so important. You'll also learn why it's beneficial for you to learn how to improve your ability to communicate across cultural boundaries. Then you'll learn about some guidelines for achieving the mind-set that's essential for effective communication.Second topic - In the second topic, you'll learn about a pioneer who studied and classified important cultural differences. Edward T. Hall was an anthropologist who made early discoveries of factors that differ among cultures. He is known for having identified what he called low-context and high-context factors.Hall determined that people from low-context cultures communicate explicitly, with words. People from high-context cultures use contextual elements such as shared assumptions, knowledge, and body language to understand each other and communicate.Third topic - In the third topic, you'll learn about some dimensions common to every culture that affect how people communicate. The cultural model created by Geert Hofstede identifies dimensions of culture – power distance, individualism, masculinity, uncertainty avoidance, and long-term orientation. These dimensions influence how groups, societies, and cultures think about the world and respond to events.At its conclusion, this topic also presents some important guidelines for communicating effectively based on Hofstede's dimensions.After you've finished this book, you'll be much more aware of the differences among cultures. And you'll have a good sense of how you need to approach others from different cultures in order to maximize your communication opportunities with them.But before you begin the book, there is one important disclaimer you should be aware of. The factors and dimensions that Hall and Hofstede identified are often applied to groups and cultures, but not every member of a group behaves the same way. Indeed, groups that operate within societies and cultures often behave differently than the culture itself.