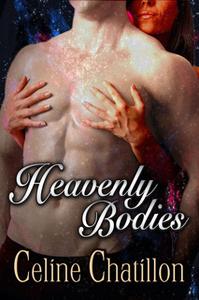 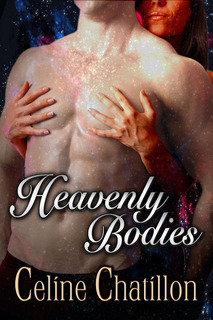 PlayMate Outer Worlds Mining Corp miner Lelia Clayden lives for mail day. Her sexy mailman, Del Tourner, gives her reason to continue her lonely existence, but he's unable to stay more than fifteen minutes at a time. Lelia orders a "PlayMate" holographic robot to pleasure her personally… What will Del think of how she's programmed her PlayMate to look exactly like him? Alien Seduction Jenna Henson is a first rate sf geek, but even she knows the difference between fantasy and reality. Prince Reglund of her favorite TV show, Galactic Guerillas, cannot be the sexy hunk pleasuring her in her own bed. But what the heck? Why not give in to the fantasy and enjoy herself? It's only when she wakes up on Reg's home world does she begin to suspect there's more to the television series than meets the eye. Diplomatic Relations Ambassador Cherae Longbow is nervous. She and her Martian assistant/lover, Jax, have been recalled from their diplomatic post to talk to the High Commissioner on Earth. Rumors have it that the Alliance needs to make a good impression on its newest potential members, the Magnens. But why does the High Commissioner keep mentioning that Cherae's "open-mindedness" is an asset in this delicate situation? Heavenly Bodies Telepathic, non-humanoid aliens Mahla and Shahla find astronaut Frank Rimmer frozen in a cryo-statis chamber, the lone survivor of a deep-space asteroid impact on his vessel. The two make repairs to the damaged ship and do their best to help Frank to recover both physically and mentally…including transmitting images of gorgeous women they've discovered on a pin-up calendar into Frank's mind for their appearances.