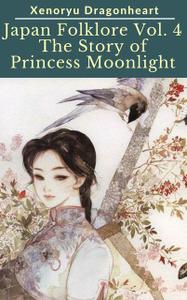 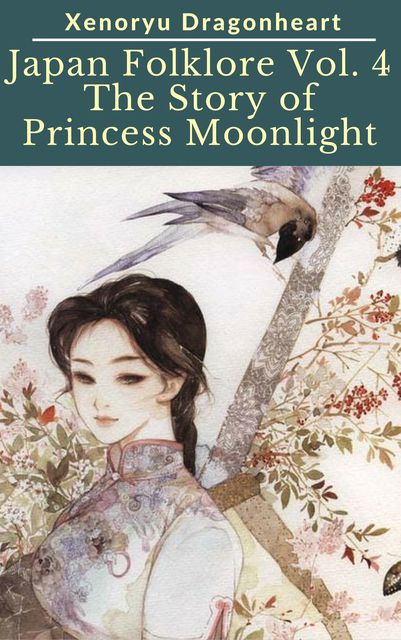 Long, long ago, there lived an old bamboo wood-cutter. He was very poor and sad also, for no child had Heaven sent to cheer his old age, and in his heart there was no hope of rest from work till he died and was laid in the quiet grave. Every morning he went forth into the woods and hills wherever the bamboo reared its lithe green plumes against the sky. When he had made his choice, he would cut down these feathers of the forest, and splitting them lengthwise, or cutting them into joints, would carry the bamboo wood home and make it into various articles for the household, and he and his old wife gained a small livelihood by selling them.

One morning as usual he had gone out to his work, and having found a nice clump of bamboos, had set to work to cut some of them down. Suddenly the green grove of bamboos was flooded with a bright soft light, as if the full moon had risen over the spot. Looking round in astonishment, he saw that the brilliance was streaming from one bamboo. The old man, full of wonder, dropped his ax and went towards the light. On nearer approach he saw that this soft splendor came from a hollow in the green bamboo stem, and still more wonderful to behold, in the midst of the brilliance stood a tiny human being, only three inches in height, and exquisitely beautiful in appearance.

“You must be sent to be my child, for I find you here among the bamboos where lies my daily work,” said the old man, and taking the little creature in his hand he took it home to his wife to bring up. The tiny girl was so exceedingly beautiful and so small, that the old woman put her into a basket to safeguard her from the least possibility of being hurt in any way.

The old couple were now very happy, for it had been a lifelong regret that they had no children of their own, and with joy they now expended all the love of their old age on the little child who had come to them in so marvelous a manner…..