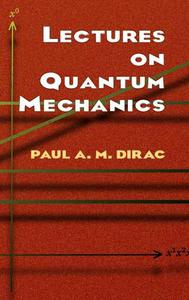 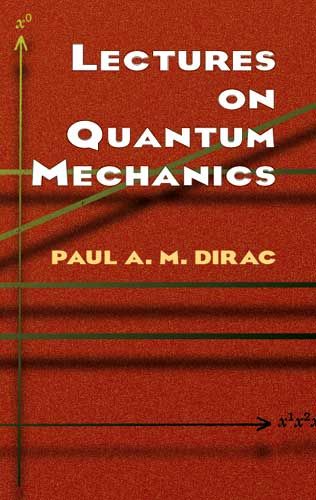 The author of this concise, brilliant series of lectures on mathematical methods in quantum mechanics was one of the shining intellects in the field, winning a Nobel prize in 1933 for his pioneering work in the quantum mechanics of the atom. Beyond that, he developed the transformation theory of quantum mechanics (which made it possible to calculate the statistical distribution of certain variables), was one of the major authors of the quantum theory of radiation, codiscovered the Fermi-Dirac statistics, and predicted the existence of the positron.The four lectures in this book were delivered at Yeshiva University, New York, in 1964. The first, “The Hamiltonian Method,” is an introduction to visualizing quantum theory through the use of classical mechanics. The remaining lectures build on that idea. «The Problem of Quantization” shows how one can start with a classical field theory and end up with a quantum field theory. In "Quantization on Curved Surfaces,” Dirac examines the possibility of building a relativistic quantum theory on curved surfaces. He deduces that it is not possible, but it should be possible on flat surfaces. In the final lecture, «Quantization on Flat Surfaces,” he concludes that «we can set up the basic equations for a quantum theory of the Born-Infeld electrodynamics agreeing with special relativity, but [not] with general relativity.” Physics and chemistry students will find this book an invaluable addition to their libraries, as will anyone intrigued by the far-reaching and influential ideas of quantum mechanics.