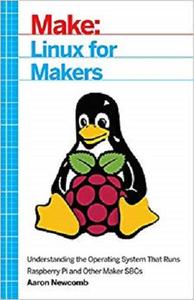 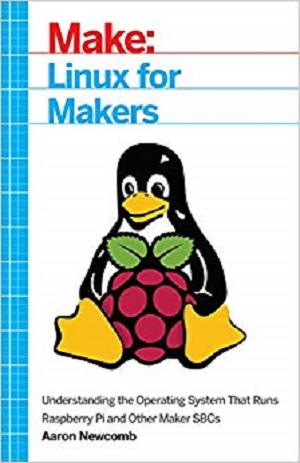 Linux for Makers: Understanding the Operating System That Runs Raspberry Pi and Other Maker SBCs by Aaron Newcomb
ISBN: 1680451839 | 264 pages | AZW3 | April 27, 2017 | English | 6.57 Mb
Linux is a powerful open-source operating system that has been around for many years and is widely used for running servers and websites. But most students and Makers encounter it for the first time when they are working on projects with their Raspberry Pi or similar single-board computers (SBCs) such as BeagleBone Black or Intel Galileo. Linux for Makers is the first book that explains the Linux operating system specifically for Makers, as opposed to programmers and administrators. By gaining a deeper understanding of Linux, Makers can add another useful tool to their kit that will help them build their projects more easily.
Written with the Maker in mind, this book will focus mostly on Rasbian running on the Raspberry Pi as it is the most prolific in the ecosystem today. However most of the topics covered will apply broadly to other Linux distributions and will be called out when they may differ. Many times users cut and paste from a website tutorial into the Linux command line without understanding what they are actually doing only to be frustrated when they want to modify or tweak something to suit their needs. Also, many Makers shy away from using the Raspberry Pi or similar board because they feel Linux is too foreign and they think using a command line will be more difficult than using a GUI. This book aims to overcome those fears and provide a foundation for further learning and exploration. To that end, this book will focus on the basic principles that a Maker would need to know as opposed to other resources that go into detail that is not particularly relevant to building projects.