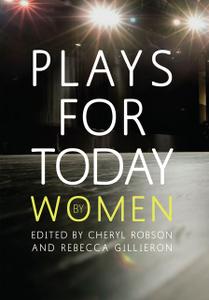 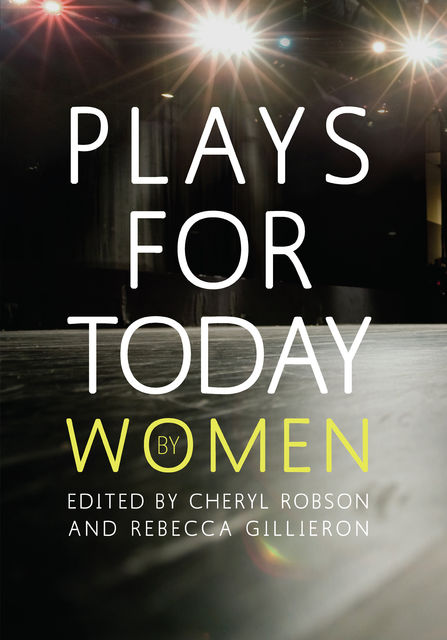 Plays for Today by Women

A wide-ranging collection of plays by women dealing with contemporary subjects such as sexual abuse, recession, war, poverty and the complexity of modern women’s lives.

Many roles for women and girls provided. Suitable for study or for performance or as part of courses in Women’s Studies or Feminist Theatre Studies.

All the plays have been produced and performed in the UK to acclaim and are written by commissioned playwrights.

“The expanse of subjects this short collection covers shows that women are not just writing about the kitchen sink, the claim so often levelled. This collection (provides) a snapshot of an exciting time for female writers” @17percent

For A Button by Rachel Barnett: comic two hander about two friends and the lengths one will go to, to remain best friends.

Yours Abundantly, From Zimbabwe by Gillian Plowman: a middle-aged woman decides to leave her comfy life in the UK and work in a school in Zimbabwe.

Welcome To Ramallah by Sonja Linden and Adah Kay: two Jewish sisters are forced to confront the reality of what their forefathers have done to the Palestinians.

From The Mouths Of Mothers by Amanda Stuart Fisher: a verbatim drama detailing the distressing stories of mothers who learned that their child has been abused.

The Awkward Squad by Karen Young: a three-generational drama involving Northern women who are trying to live and work in recessionary Britain.

Sweet Cider by Emteaz Hussain: In a rundown park, two teenage runaways Tazeem and Nosheen hang out, chatting to the boys and an old bag lady, trying to reconcile being British with their Pakistani cultural traditions.

Cheryl Robson is an award-winning playwright and publisher who founded Aurora Metro Books over 20 years ago to develop and publish new writers in drama and fiction. She also established The Virginia Prize for Fiction in 2009 to promote emerging women novelists. Previously, she worked for the BBC, ran a theatre company and taught in higher education.

Rebecca Gillieron is an editor and musician with various releases on independent labels in the US and UK. Keen to raise the profile of women and the arts, she has worked in publishing for fifteen years moving from Virgin and Penguin Books into independent publishing via The Womens Press, Marion Boyars and now Aurora Metro Books.