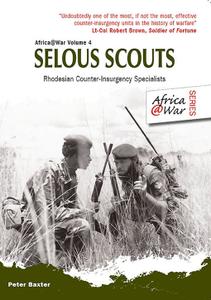 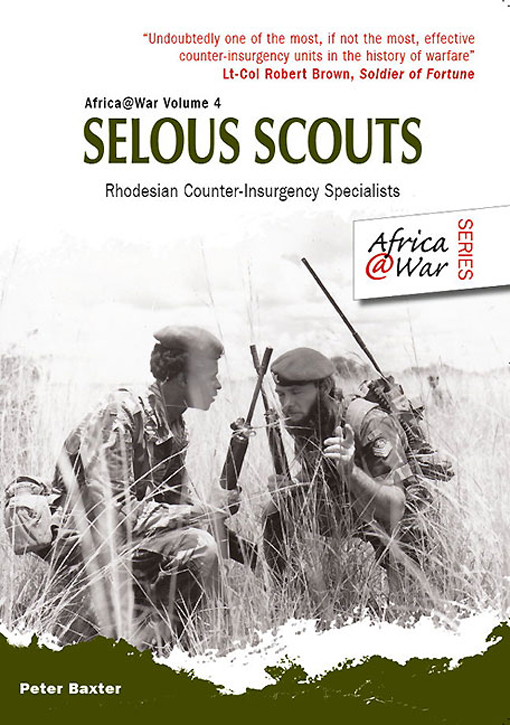 Selous Scouts: Rhodesian Counter-Insurgency Specialists (Africa@War) by Peter Baxter
English | December 27th, 2011 | ISBN: 1907677380 | 80 pages | EPUB | 28.26 MB
"Its members consisted of some of the finest guerrilla-fighting men in the western world, unconventional in many ways, disregardful of parade-ground discipline, unorthodox in their dress, yet a force so tightly knit in the face of danger that those who knew anything about them could only marvel" - The Citizen.

Formed in 1973 by the legendary Lieutenant-Colonel Ron Reid-Daly at the behest of Rhodesian military supremo General Peter Walls, the Selous Scouts were to write their name into the annals of military history as one of the finest counterinsurgency units of all time, through their innovative pseudo-guerrilla tactics, brilliant reconnaissance operations into Zambia and Botswana and daring flying-column raids into Mozambique.

Feared and hated by the liberation movements ZIPRA and ZANLA, the Scouts wreaked untold havoc and destruction on their Soviet- and Chinese-backed enemies, accounting for 68% of guerrilla casualties within Rhodesia alone during the bitter bush war of the 1970s. Uniquely ahead of its time, the regimen - a brotherhood of men that traversed cultural and racial barriers; their Shona motto was 'Pamwe Chete' (together only) - was to produce the type of soldier that earned for the unit one Grand Cross of Valour, nine Silver Crosses and 22 Bronze Crosses of Rhodesia.

Peter Baxter is an author, amateur historian and African field, mountain and heritage travel guide. Born in Kenya, Peter has lived and travelled over much of southern and central Africa. He was educated in Rhodesia (Zimbabwe), leaving the country after independence for an extended bout of travel before returning in 1989. Since then he has guided in all the major mountain ranges south of the equator, helping develop the concept of sustainable travel, and the touring of battlefield and heritage sites in East Africa. Peter lives in the United States, working on the marketing of African heritage travel as well as a variety of book projects. His interests include British Imperial history in Africa and the East Africa campaign of the First World War in particular. He is married with three children.