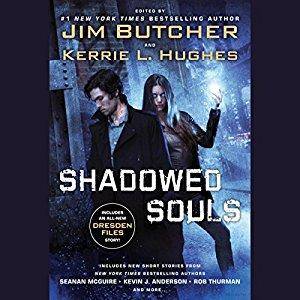 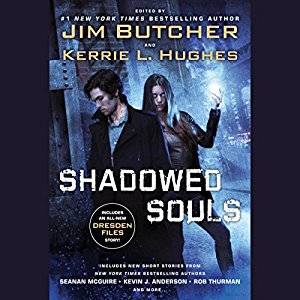 Unfortunately, that's exactly what makes it so easy to cross the line.

In number-one New York Times best-selling author Jim Butcher's "Cold Case", Molly Carpenter - Harry Dresden's apprentice-turned-Winter Lady - must collect a tribute from a remote Fae colony and discovers that even if you're a good girl, sometimes you have to be bad.

New York Times best-selling author Seanan McGuire's "Sleepover" finds half-succubus Elsie Harrington kidnapped by a group of desperate teenage boys. Not for anything weird. They just need her to rescue a little girl from the boogeyman. No biggie.

In New York Times best-selling Kevin J. Anderson's "Eye of Newt", Zombie PI Dan Shamble's latest client is a panicky lizard missing an eye who thinks someone wants him dead. But the truth is that someone only wants him for a very special dinner….

And New York Times best-selling author Rob Thurman's infernally heroic Caliban Leandros takes a trip down memory lane as he deals with some overdue - and nightmarish - vengeance involving some quite nasty "Impossible Monsters".