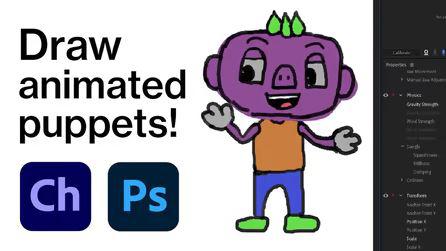 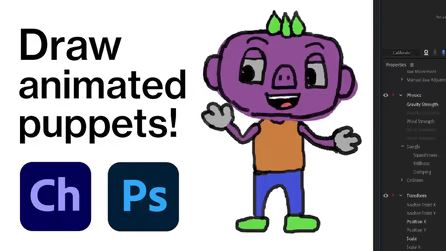 Do you want to draw and animate your own characters? In this class, we will do just that, following a step by step process in Adobe Character Animator and Adobe Photoshop to create an original puppet, working from a template that has many features already set up. Fortunately, Character Animator also helps in automating lip sync and makes character animation easy.

What You Will Learn:

How to work with the blank puppet template in Adobe Character Animator
How to work from concept art for your original puppet
How to edit your puppets in Photoshop
How to draw your own character animations
How to animate hair physics
How to record animations
How to work with animation triggers and swap sets
How to lip sync your animation to audio
Why You Should Take This Class: Animating with Character Animator is easy to get started with, while having a lot features you can explore if you want to go deeper. Animation can be a bit intimidating and character animation especially, but with Character Animator the process is made more accessible and lip syncing can be automated.

Materials/Resources: You will need access to a computer with Adobe Creative Cloud and specifically the programs Adobe Character Animator and Adobe Photoshop. A digital drawing tablet is pretty essential, though you could probably use a mouse or even do the artwork separately on a iPad.