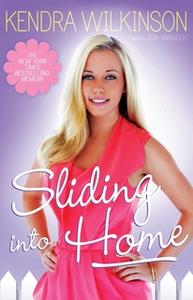 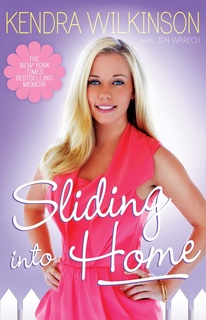 Fans of the E! smash hit series The Girls Next Door fell in love with sporty Playboy beauty Kendra Wilkinson’s care- free spirit, infectious laugh, and down-to-earth nature. Now that she’s moved out of the world’s most famous bachelor pad and into her own delightfully chaotic world on Kendra as wife to NFL star Hank Baskett and mother to their newborn son, we’ve watched her hilarious antics as she adjusts to domestic life. But how much do we really know about the fun-loving star? In this humorous and optimistic, sometimes heartbreaking, but always unfailingly honest memoir, Kendra reveals the highs and lows of her extraordinary journey.

She wasn’t always the quintessential girl next door. Before she was a reality television superstar, Hugh Hefner’s girlfriend, or one of the most popular Playboy cover models ever, Kendra was an athletic tomboy whose father walked out on her family when she was a little girl. She grew into a rebellious teenager with a serious drug habit before she quit cold turkey and beat the odds to graduate from a high school that almost didn’t give her a second (or third, or fourth) chance.

Following her rocky teenage years, an out-of-the- blue phone call from Hugh Hefner changed everything. Kendra dishes candidly about life in the Playboy Mansion: the sex, the parties, the show, and even her relationships with her Girls Next Door costars—Hef, Holly, and Bridget. She tells the true story about how she and Hank met and built a relationship in secret while she was still Hef’s girl- friend and a public face of Playboy. Finally, she reflects on the slew of unexpected changes in the short space of a year that have brought her sliding into home from Playboy party girl to wife and mother with a blooming Hollywood career. If you think you’ve seen all of Kendra, think again. She’s only warming up. . . .