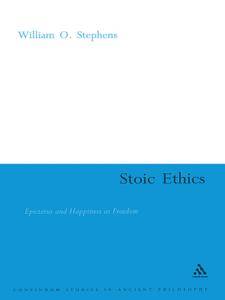 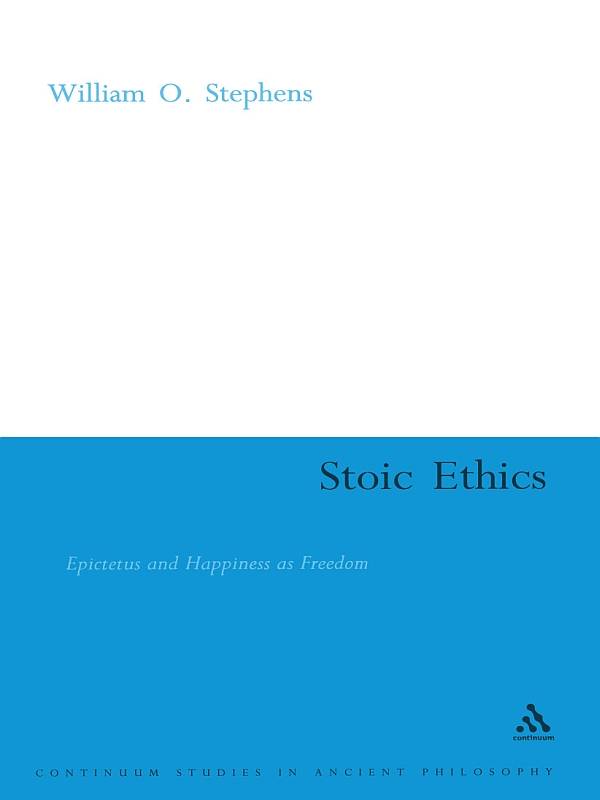 Stoic Ethics: Epictetus and Happiness as Freedom (Continuum Studies in Ancient Philosophy) by William O. Stephens
English | May 10th, 2007 | ASIN: B00LUUS20O, ISBN: 0826496083, 1350068357 | 208 Pages | EPUB | 0.58 MB
Soon after Aristotle's death, several schools of ancient philosophy arose, each addressing the practical question of how to live a good, happy life. The two biggest rivals, Stoicism and Epicureanism, came to dominate the philosophical landscape for the next 500 years.

Epicureans advised pursuing pleasure to be happy, and Stoics held that true happiness could only be achieved by living according to nature, which required accepting what happens and fulfilling one's roles. Stoicism, more than Epicureanism, attracted followers from many different walks of life: slaves, laborers, statesmen, intellectuals, and an emperor. The lasting impact of these philosophies is seen from the fact that even today 'Stoic' and 'Epicurean' are household words.

Although very little of the writings of the early Stoics survive, our knowledge of Stoicism comes largely from a few later Stoics. In this unique book, William O. Stephens explores the moral philosophy of Epictetus, a former Roman slave and dynamic Stoic teacher whose teachings are the most compelling defense of ancient Stoicism that exists. Epictetus' philosophy dramatically captures the spirit of Stoicism by examining and remedying our greatest human disappointments, such as the death of a loved one. Stephens shows how, for Epictetus, happiness results from focusing our concern on what is up to us while not worrying about what is beyond our control. He concludes that the strength of Epictetus' thought lies in his conception of happiness as freedom from fear, worry, grief, and dependence upon luck.