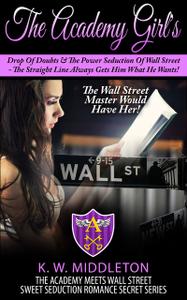 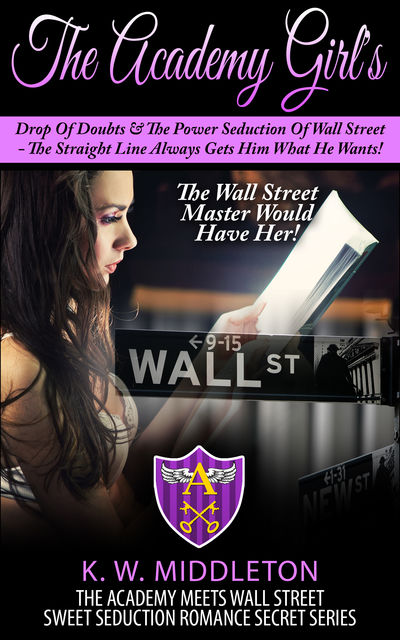 Sweet Seduction: The Academy Girl's Drop Of Doubts &amp; The Power Seduction Of Wall Street, The Academy Meets Wall Street Sweet Seduction Romance Secret Series is the first volume of the new Academy Girl Meets The Wall Street Billionaires Obsession Saga… The Wall Street Billionaire as they call him has set his goal &amp; knows his outcome before everyone else. He is not called the Wall Street Wolf or the Wall Street Billionaire for nothing because he is the one who invented the straight line closing pattern that made him &amp; his partners richer than everyone else on Wall Street. As he goes on spying on the beautiful stranger he simultaneously draws up his plan for the stranger's future because feelings like rejection are just not an option. In mere seconds he manages to visualize a plan that would change her and his future forever…because when he sees a beauty like this he just can't resist investing every ounce of energy and power he has stored in his body to appeal to her senses. His straight line sweet seduction pattern always gets him what he wants and and that is why they call him the Wall Street Closing Master! He is so consumed and infatuated by his ego trip, money &amp; power that he even risks loosing his new and still fragile relationship with the beautiful foreign Academy student on several occasions. Mr. Wall Street Billionaire, an even more fascinating man than his name or profession would suggest, seduces her and introduces her to his kind of decadent &amp; mysterious lifestyle that quickly turns into a very deceptive, frightening and threatening experience for the Academy student. She adores the luxury of his wealthy lifestyle. He on the other side enjoys conquering her back each time and little by little his gameplan becomes harder for her to resist. His time might run out &amp; he is desperate for her sweet love. He knows that he needs her commitment and is willing to do everything to earn her trust even if he has to force her because “He Would Have Her!”