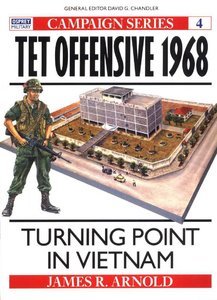 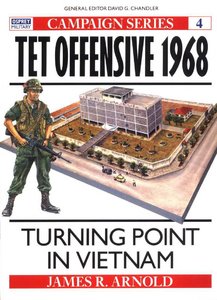 The 1968 Tet Offensive was the decisive battle for Vietnam. Masterminded by the brilliant North Vietnamese General, Vo Nguyen Giap, it was intended to trigger a general uprising in South Vietnam. However, the bloody fighting for Saigon, Hue and other cities actually resulted in a catastrophic defeat for the North. In this excellent assessment of the key battle of the Vietnam conflict, James Arnold details the plans and forces involved and explains how, despite the outcome of the battle, the American people and their leaders came to perceive the war for Vietnam as lost.