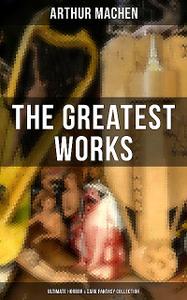 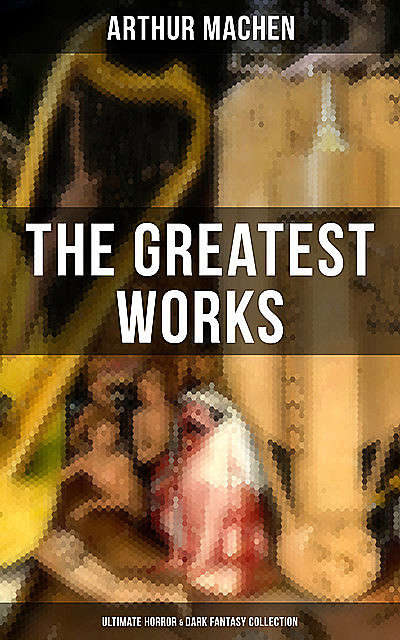 This unique collection of Arthur Machen's Greatest Occult &amp; Supernatural Works has been designed and formatted to the highest digital standards. “The Three Impostors” is an episodic novel incorporating several weird stories, and culminates in a final denouement of deadly horror, connected with a secret society devoted to debauched pagan rites. “The Hill of Dreams” recounts the life of a young man, Lucian Taylor, focusing on his dreamy childhood in rural Wales, in a town based on Caerleon. «The Terror: — In wartime Britain, a series of unexplained murders occur with no sign of who or what is responsible. “The Secret Glory” — A public school boy becomes fascinated by tales of the Holy Grail and escapes from his repressive school in search of a deeper meaning to life. “The White People” — A young girl's diary, recounting tales told her by her nurse, and her increasingly deep delving into magic. “The Great God Pan” was at first widely denounced by the press as degenerate and horrific because of its decadent style and sexual content, although it has since garnered a reputation as a classic of horror. “The Inmost Light” — A scientist imprisons his wife's soul in a shining jewel, letting something else into her untenanted body, but the jewel is stolen. “The Shining Pyramid” — Strange arrangements of stones appear at the edge of a young man's property. He and a friend attempt to decipher their meaning before it is too late. “The Red Hand” — It focuses on a murder performed with an ancient stone axe. Arthur Machen (1863–1947) was a Welsh author and mystic of the 1890s and early 20th century. He is best known for his influential supernatural, fantasy, and horror fiction. Table of Contents: The Three Impostors The Hill of Dreams The Terror The Secret Glory The White People The Great God Pan The Inmost Light The Shining Pyramid The Red Hand The Great Return The Bowmen The Children of the Pool The Bright Boy …